The Light by Cory G

A woman opens a door that reveals a mysterious light. 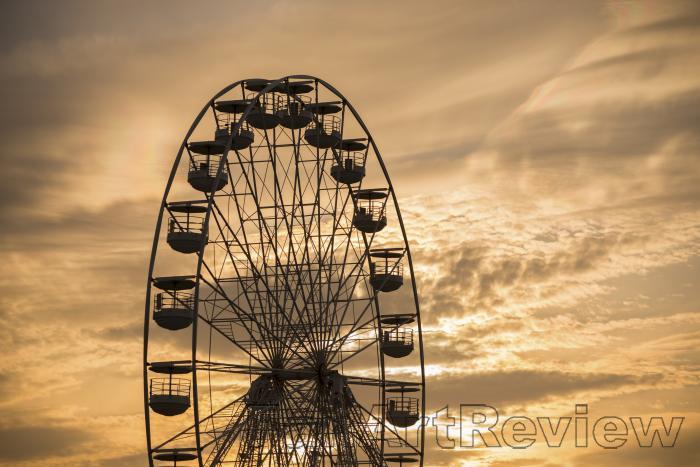 "Who are you?" Heidi asked, peering through the peephole after she heard a knock at the door. She saw no one yet slid the chain on the door and slowly opened it. A blaring light assaulted her, she raised her arm to shield her eyes."What do you want?"

But there was no response, not that Heidi expected one because nothing was there but a blinding white light. Where was it coming from? The light pulsed brighter. Heidi couldn't see beyond it, but she wasn't afraid. It crossed her mind that maybe she was going to die. Whoever, or what ever, was out there might be here to kill her. Or maybe she was already dead but didn't know it, crossing the threshold between this world and the next. A strange calmness settled over her entire body. Her fingertips tingled, and she felt light,airy, like she could float towards the light, towards the peace she hoped it would bring. Then the light poofed out like an old flash bulb. All that remained was blackness.

Heidi stepped out onto the porch into the night. The door creaked, then slammed as she let it slip off the tips of her fingers. Silence. Heidi couldn't hear a thing, not a cricket, or a coyote, or the gurgle of the creek close by, familiar sounds that always filled the still night air.

"Who's there?" Heidi took a few steps forward. As she moved away from the door and down the front porch steps onto the gravel driveway, her home and the dim light left on in the kitchen fell away from her. Turning in slow circles and straining her eyes to examine her surroundings she saw nothing. She thought she must be dead. Even the gravel beneath her feet disappeared, for when she scuffed her feet to kick at the rocks, they were gone.

Then the light flashed back on. Surrounding her in a neat, knit circle were uniformly shaped, large white boulders. What was going on? It didn't make sense. Had she been captured by aliens? Was this a dream? It had to be a dream, so she pinched herself to prove it, but the pain she felt was real. She even checked her forearm to see two crescent shaped indents left behind by her fingernails. Now panic set in. Her heart began to race, she could feel her pulse thump in her neck, and adrenaline surge and course through every vein in her body. Heidi would have gladly welcomed death after the last eleven months of real life hell she'd endured, but this was different. Was she to be tested and tortured like some science experiment at the whims of her captor?

"What do you want? I'll give you anything, j...just please let me go!" Heidi's voice quivered and her whole body shook before she collapsed to the ground. She wished she had never opened the door, but she doubted it would have mattered, a thin door between her and the evil that knocked on the other side wouldn't have saved her.

"Please let me go!" She cried out again, this time quieter, meeker. She sobbed, wiping her watery eyes with the palm of her hand. Last year's events came rolling back to her like strong, tumultuous waves. It was her fault Josh and Colin were dead. It was her idea that they go to the fair, the cheap carnival with shady looking carnies operating ill-kempt rides. Josh and Colin had been on the Ferris wheel, that didn't even move that fast, like some of the rides that speed and loop and spin. But the seat they were sitting on broke when they were near the top. There was nothing to do but watch in slow motion horror as one bolt and then another and another snapped until the seat gave way and they fell. Heidi remembered Colin's screams for his daddy to help him but there was nothing Josh could do but hold him tight and tell him how much he loved him.

When Heidi came to, her head pounded. She wondered how long she'd been out for. She attempted to lift her hand to rub her throbbing temples only to discover that she couldn't. Her wrists were strapped with thick leather buckles. It took a moment for Heidi to realize where she was, in a hospital no doubt. Her friends, and especially her sister Deb, had been insisting she get help but she refused. Her only reliable friends lately were the drugs and alcohol she had in constant supply.

Then Heidi remembered the blinding light. A tear escaped the corner of her eye, trickled down her face and bled into her hairline. She wished the bright light had taken her away. Away to a place with no more pain, burden, or guilt. What she wouldn't give to have her family back and glue all the shattered pieces of her life back together. But it was not to be, no matter what, not ever again.


© Copyright 2020. Cory G All rights reserved.
Cory G has granted FanStory.com, its affiliates and its syndicates non-exclusive rights to display this work.
Advertise With Us
Under The Stars
Precious Moments to Remember