The mystery deepens with an unlikely gesture

A chapter in the book Demons, Heroes and Fortune Cookies 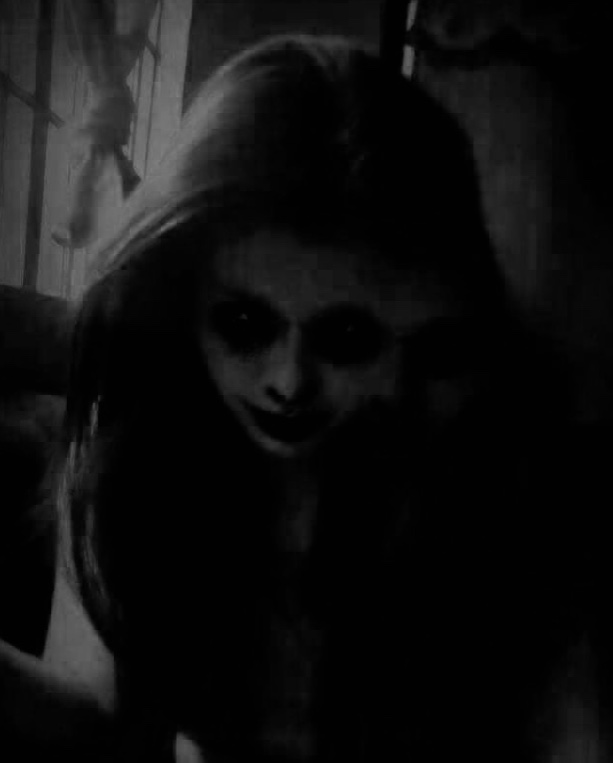 A shadow-like cloud moves ominously to the hall's end in the all boys' floor of Mary Park Hall.

From every angle, neither the light of the early morning, nor the lights from the ceiling are able to justify the concise movements of the shadow that appears fueled by purpose rather than from the dim of an early dawn that peeks through a small window. To add to the mystery, the dense mist darkens around a doorknob with an impression of control.

The door begins to shake, but the sound goes unheard by the sleeping residents who will awaken from their sleep within the hour to the seventh anniversary of game three of the 1989 World Series, when a magnitude 6.9 earthquake froze the world of sports.

On the other side of his shaking door, Eu El remains asleep until the noise of metal and wood creates enough noise to stir his attention. He discovers his body's unwillingness to react to the desperation of force that creaks his door to a slow open to be unexpectedly alarming.

The silence gives way to the sound of rusted hinges as El's partial consciousness makes out a familiar, but unwanted recognition of a pale foot.

Again, the foot slowly drags along the carpet touching, just barely, the saturation it leaves behind from the dripping seams of its dirty white dress that ends above a pair of its deathly white ankles.

With morbid grace, this uninvited guest completely reveals itself from behind the rusty door in a surreal hover. Each of its long, pointy toenails graze along the bumpy carpet as if without concern, or soul.

The moment feels as if the familiarity of time and tangibility had been replaced by a realm governed not by the laws of physics, but by the forces of a dark, evil power.

It pauses either to be noticed, or to issue a silent warning to El, whose conscious has partially returned to a faint wake disturbed only by the noticeable chill of mist that exhales from his breathing.

Both feet begin turning counterclockwise in a complete, awkward circle that implies some disturbing sign of disagreement with the world's normalcy. And, without effort, the feet complete their twist, stopping as each sharp toenail points toward the bedside, where El is panicking to the surreal experience.

Like prey bitten by some paralyzing venom, El struggles with uncooperative eyes that are not able to completely open. He is able to turn his neck to get a better view of his guest. Yet, his efforts seem to anger the stranger.

El continues struggling to take sight of what he believes is a dream. The moment steadily materializes into a convincing, undeniable truth he refuses to accept.

The feet come in and out of sight with each of his struggling glances; floating closer as the beat of his rising pulse equals the intensity of the drumbeats in New Order's song, "Bizarre Love Triangle" (The Extended Dance Mix Version).

Turning his head one last time, El discovers the feet have vanished.

He breathes a sigh of relief. The vacant spot where the feet once hovered convinces him the last few minutes were just another bad dream. Yet, his state of paralysis implies the event was real, and unfinished.

Again, El turns his head, this time directly facing the ceiling. Without his glasses, his 30/70 vision barely makes out a shocking, blurred silhouette of a girl floating above his uncovered feet, where his toes peek from the blanket's edge. Each feature of her face is completely hidden underneath thick black hair that seem to mock the dawn.

Like a lightbulb moment of certainty, El is convinced he is in the presence of a frail, vulnerable girl.

Like the girl, El, too, defies the world's normalcy in his own style that directly reflects a past molded by neglect.

"A girl!" he tells himself with a spark of interest. "Isn't she from my Japanese class?"

There's an awkward pause between them as the beating of his heart slows to a calm wonder fueled by curiosity, rather than fear.

Again, he acknowledges, "There's a girl in my room! Awesome! A girl is on my bed! My friends aren't going to believe this! Finally! I'm not a loser!"

With the characteristics of an innocent schoolboy, he advises himself, "Don't be a doofus, El. DON'T BE A DOOFUS!"

His eyes turn far enough to find his copy of "Web of Spider-Man" issue 31, where a spider scurries behind the comic tacked perfectly onto the wall as if to seek protection from the force of evil emanating from the girl.

Oblivious to the potential danger, El smiles towards his silent visitor, never understanding he is now in a place he does not belong to.

The gesture connects a bridge of emotion between the awkward pair, one evil; the other naive. And, in an instant, time stops long enough for El to witness the parting of her hair that opens wide enough to reveal one of two eyes.

As their gaze connects, she feels...

Please note this is chapter 20. Please read previous chapters to understand what is being developed. Picture is of my niece, Rein, which was edited to capture the moment.
Pays one point and 2 member cents.

Cybertron1986 has granted FanStory.com, its affiliates and its syndicates non-exclusive rights to display this work.

Advertise With Us
Mind Your Own Onions
Chapter 108: Dissention in the camp

Pays: 10 points. and 1.11 member dollars
Copyright © 2000 - 2020 FanStory.com. All rights reserved. Terms under which this service is provided to you. Our privacy statement.
top
You Have No Rank
Share 4 posts to be ranked.