A Matter of Chivalry by tfawcus

He is an accomplished novelist and is currently at the #6 spot on the rankings.

The Seal of Quality committee has rewarded him with 1 seals. He is also an active reviewer and is holding the #80 spot on the top ranked reviewer list.

Chapter 76: A meeting at the British Embassy in Paris

A Matter of Chivalry 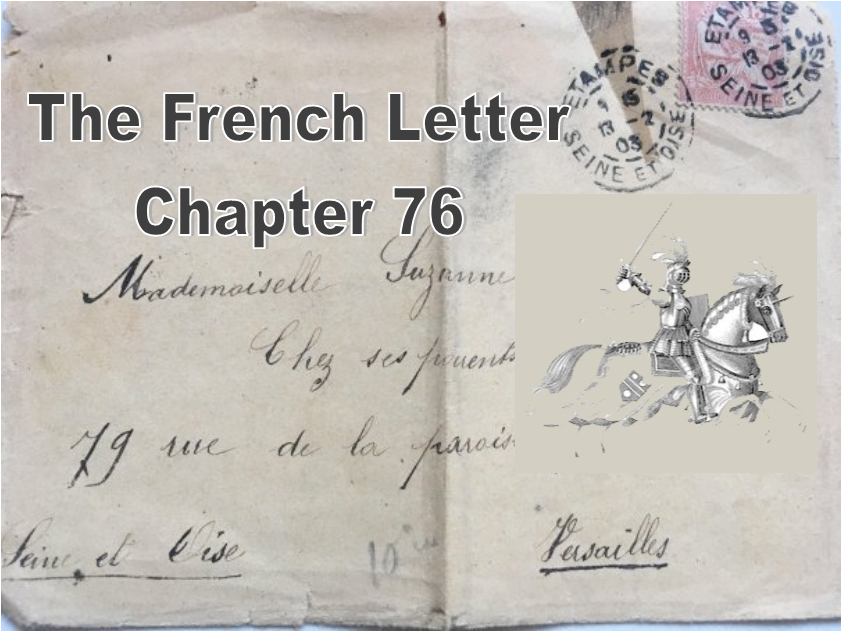 The closing paragraphs of Chapter 75...

A few hundred yards before reaching my lodgings in Rue Gabrielle, my ruminations were interrupted by the ringtone on my mobile phone. It was the Air Attaché, Group Captain David Bamforth.

"Hello? Is that you, Brandon? Something's come up. I need you to report to the embassy immediately."

Unsurprised at the summons, though irritated by its peremptory tone, I found it hard to decide which version of the man I detested more: the foppish persona of Sir David Brockenhurst who had inveigled me into the half-world of MI6, or the authoritarian spymaster he turned out to be. Nonetheless, I was anxious to discover why Helen had been whisked away from her sister's apartment, and a visit to the British Embassy seemed the surest way of finding out.

It was dark when I arrived, except for the streetlamps, which cast grotesque tree shadows against the building façade. A gust of wind carried the muted sounds of traffic up from the Place de la Concorde and sent flurries of autumn leaves swirling around my feet.

I rang the night bell and waited. Moments passed. Aware of suspicious glances from security guards, I imagined being bundled off to the darkest dungeons of the Bastille or, at the very least, incarcerated in the infamous Clairvaux Prison. I shifted uncomfortably from one foot to the other, waiting for the door to open.

It was Bamforth himself who let me in. He greeted me curtly, with an air of impatience. "Follow me. The others are already here."

We set off down some stairs into the entrails of the building. This meeting was clearly not taking place, as the last one had, in his elegant offices on the upper floor. I wondered who the others were and why the sudden urgency of his summons. He ushered me into a dimly lit briefing room. I could see several figures seated around a table, talking in low tones and poring over a map. It seemed that the meeting had already been going on for some time. There was an expectant hush as we entered.

"Gentlemen, this is Charles Brandon." His words were met with a few nods of greeting but no reciprocal introductions. "You ladies, of course, already know him."

My eyes were drawn to the far end, where Helen was sitting between Madame Durand and a distinguished-looking man with aquiline features. She cast me a helpless look that did much to explain her sudden departure from the house in Montmartre. I had an uncanny feeling I had seen the man before but could not, for the moment, place him.

Bamforth took his seat at the head of the table and called the meeting to order. I hesitated, unsure where to go. He indicated an empty chair halfway down on the left, next to a young man with a fresh complexion and an unruly mop of sandy hair. Easing to one side, he gave me room to squeeze in, half rising to extend a hand of welcome as he did so.

"As most of you know, we have been closing on our quarry for some weeks, and now have good reason to believe he has gone to ground in the Kalash Valley, as we anticipated he might. He was last sighted two days ago high up in the Bumburet gorge, near the Afghanistan border." Bamforth paused and looked across at Helen. "We are lucky to have a young lady with us this evening who is fluent in the local Kalasha-mun dialect. We shall be sending her in with Brandon to gather further intelligence on the ground."

"Why Brandon? Surely The Lion will be immediately suspicious of any foreigners." The speaker, a florid man of military bearing, appraised me with his penetrating eye, and I had the distinct feeling he found me wanting.

"Charles Brandon has an international reputation as a travel and food writer." Bamforth glanced between the two of us with a knowing smile. "A harmless looking fellow, don't you think? I doubt The Lion will spare him a second thought."

I bridled at the description, though secretly acknowledging he was right. The realisation gave me some comfort.

"Abdul Jaleel Zemar. He coordinates an international network of ISIS cells, each one a time bomb waiting to explode. His followers simply call him Zemar - The Lion

- possibly one of the most dangerous men in the world today." Bamforth's gaze shifted to the man seated beside Helen. "Wouldn't you agree, Gaston?" The man with the aquiline nose inclined his head.

"Gaston, as most of you know, has been acting as a double agent here in Paris, heading one of Zemar's groups and coordinating two others in Southern France. He's been providing us with invaluable intelligence until quite recently. Unfortunately, The Lion got wind of it and -" At this point, the Air Attaché paused and looked directly at me, "we had to take somewhat extreme steps to protect him."

I felt a tight knot in my stomach. Whether it was of outrage or relief was hard to tell. I now realised that my last meeting with the man had been in the half-light, a mere glimpse in a doorway. I looked at him again, more closely. "Gaston Arnoux?"

"A harmless deception, don't you think? But effective."

"Zemar has no reason to pursue a dead man. For the moment, at least, Arnoux is safe."

"You didn't really believe that we would murder a man in cold blood, did you, Charles? Just to bring you on board? Really, old man, we are more civilised than that."

I subsided, deflated. So, the bombing of Arnoux's gallery had merely been a ruse to make him disappear. I didn't know whether to laugh or to cry.

"You are, of course, free to go. There is no compulsion. However, we are reluctant to send Helen in without backup, and she is determined to do her bit to help remove this verminous man from the face of the earth and destroy his network."

All faces were now turned to me. Whether from a desire to serve my country, or (and this was more likely) from a misplaced sense of chivalry, I said, with an evenness of tone that belied my racing heart, "You can count on me, gentlemen."

As people pushed their chairs back and started to disperse, I was aware of a familiar scent wafting behind me and a soft, teasing whisper, "I'm rather hoping that I can, too, darling."


Charles Brandon - the narrator, a well-known travel writer.
Group Captain Bamforth (alias Sir David Brockenhurst) - an intelligence officer with MI6 and Air Attache in Paris
Helen Culverson - Also a travel writer, whose relationship with Charles is complicated by her relationship with Jeanne Durand.
Kayla Culverson - her older sister, who disappeared somewhere in Bangkok and has surfaced again in Paris.
Madame Jeanne Durand - a French magazine editor and undercover agent with the French Drug Squad.
Madame Madeleine Bisset - Helen's landlady in Paris
Mr Bukhari - a Pakistani businessman (now deceased)
Ian 'Bisto' Kidman - an ex-RAF friend of Charles's.
Monsieur Bellini - a denizen of the French Underworld.
Andre (aka Scaramouche) - an actor in Montmartre and friend of Kayla's
Dr. Laurent - a veterinary surgeon in Versailles.
Father Pierre Lacroix - vicar of the Versailles Notre Dame church.
Madame Lefauvre - an old woman living in Versailles - the town gossip.
Alain Gaudin - brother of Francoise, a gardener at Monet's house in Giverney
Francoise Gaudin - Alain's intellectually disabled sister.
Estelle Gaudin [deceased] - mother of Francoise and Alain, a prostitute
Mademoiselle Suzanne Gaudin [deceased] - Alain's grandmother, to whom the mysterious letter of 1903 was addressed.
Jack and Nancy Wilkins - a Wiltshire dairy farmer and his wife.
Colonel Neville Arnoux [deceased] - of whom we may hear more later.
Gaston Arnoux - Owner of an art gallery in Paris. Asserted to be leader of an ISIS network in France
Abdul Jaleel Zemar (The Lion) - Coordinator of an international network of ISIS cells
Pays one point and 2 member cents.

Advertise With Us
This river flows...
A poem

Pays: 8 points. and 1.05 member dollars
Copyright © 2000 - 2020 FanStory.com. All rights reserved. Terms under which this service is provided to you. Our privacy statement.
top
You Have No Rank
Share 4 posts to be ranked.