A Bumpy Ride by tfawcus

The Seal of Quality committee has rewarded him with 1 seals. He is also an active reviewer and is holding the #52 spot on the top ranked reviewer list. 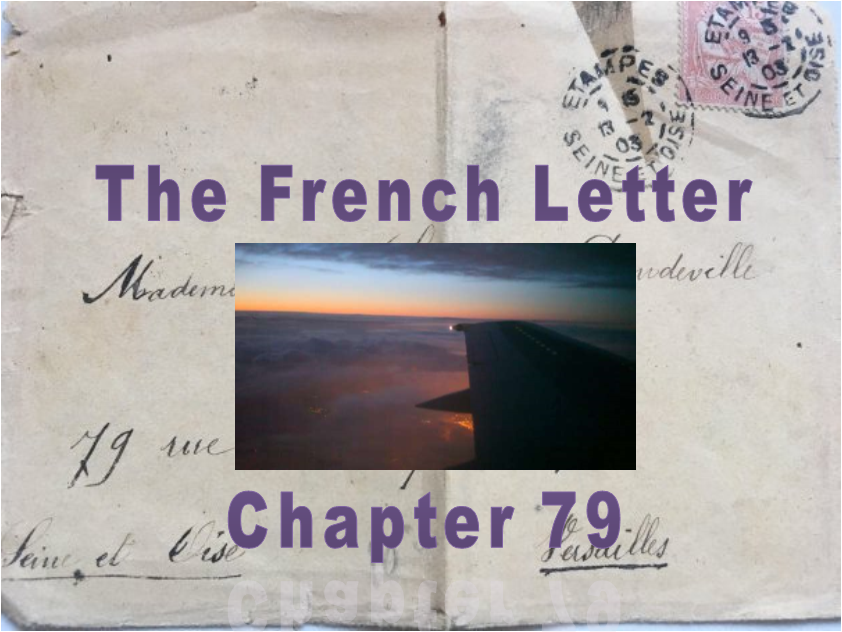 The closing pargraph of Chapter 78...

The flight to Lahore was scheduled to depart at 8.30 p.m. and, after checking our bags and going through the rigmarole of security, we headed for the bar. It was going to be a long night and I knew that Pakistan Airlines didn't serve alcohol. I was in the process of ordering two stiff drinks when there was a tap on my shoulder. It was David Bamforth.

"Last of those you'll be enjoying for a while. Let me get them in for you." He signalled the barman. "You'd better make that three."

I eyed him with suspicion. "What brings you here, Bamforth? Checking we haven't chickened out, I suppose?"

"Not at all. Just a friendly farewell." With a sphinx-like smile, he raised his glass and tapped it against ours. "Bon voyage, my friends."

I knew there was more to it than that and waited for him to continue. He swirled the ice around with his finger and took a leisurely sip. "Abdul Jaleel is a dangerous man. He wouldn't hesitate to execute you both and make the occasion an international propaganda spectacle. We wouldn't want that to happen, would we?"

"You're damned right we wouldn't." I looked across at Helen. There was a determined set to her jaw that I had not seen before. It occurred to me that we were talking of the man who had arranged the cold-blooded murder of both her parents. She knew exactly what he was capable of.

"It's essential that you keep well clear of him and do nothing that could raise his suspicions." Bamforth steered us to a table in the corner, away from flapping ears. He glanced around before continuing, "We have infiltrated his inner circle and created a unique opportunity to cripple his network. The problem for our mole, however, is getting the information to us without alerting him. That's where you come in."

"You won't. He'll contact you. The procedure is simple. He will call out 'Infidels!', spit in your direction, and hurl a pear at you, at the same time shouting, 'Allahu Akbar!'"

"Yes, they are in season at the moment. It will contain a small plastic vial. A convenient size to swallow."

"Why weren't we told all this by Parsons?"

"Simply because no one at the Paris embassy is aware of his existence. Least of all Parsons. Strictly need-to-know, old chap." He tapped his nose a couple of times with his forefinger.

I hated the way he overdramatised things. What a buffoon, I thought, as I drained my glass. "Come on, Helen. We should be heading for the boarding gate. Thanks for the drink, David. You don't mind me calling you David, do you?"

It was clear from his expression that he did mind, nonetheless, he let it pass. "There is one other thing I should stress, Charles. The GPS trackers you've been given should only be used in a situation of dire emergency. If we can pick up the signal, so can The Lion."

He shook my hand and gave Helen a quick peck on either cheek. "Good luck, and remember ..."

"Yes, David, I know. England expects every man to do his duty."

Bamforth's expression froze, and Helen giggled as he turned on his heel and left. "It's a good thing I'm not a man, isn't it?" she whispered.

"You can say that again."

She prodded me in the ribs. That annoying habit of hers. It was going to be a long flight, all night in fact, so I hid my irritation and gave her a friendly slap on the bottom.

Not long afterwards, we embarked. My nerves were on edge at the prospect of the forthcoming adventure, though all feeling of excitement drained away during a half-hour delay, lined up on the taxiway, waiting for take-off. The sort of occasion when a drink might have come in handy.

When we finally got airborne, I switched the in-flight entertainment system on. It didn't work. The evening meal, on the other hand, was excellent. Chicken biryani. However, an hour later, when the clear air turbulence set in, I found it hadn't been such a wonderful choice after all.

Eventually, I drifted into a half-sleep with Helen's head resting on my shoulder. Subconscious images meandered through my mind: images of capture and of torture, of ice and of snow, of mocking faerie figures astride mountain goats, goading me to the edge of bottomless chasms, their screeches blending with the howl of the mountain winds. Tossing and groaning, I twisted around in my seat. Helen poked me in the ribs - again.

"Are you all right?"

I turned to face the window and pulled a rug up around my neck. Giving myself up to the monotonous drone of the engines, I became mesmerised by the flashing of the anti-collision light on the tip of the wing, my forehead pressed against the cold window. Focusing my gaze on the horizon, I attempted to quell the waves of nausea.

After a while, I turned to find the seat next to me empty. Helen was standing by the galley, deep in conversation with one of the hostesses. She glanced in my direction, whispered something in the ear of her confidante, and came back, carrying a paper cup of black coffee.

"Less than an hour to go," she said, as she stretched across with a friendly smile to hand it to me. The aircraft gave a sudden lurch as it encountered an air pocket. Had it not been for my seatbelt, I would have hit the ceiling. A warm, dark stain spread around my crotch.

"Oh, dear," she said, clutching the back of the seat to steady herself. "I'm so sorry." Then she burst into an uncontrollable fit of laughter. Some people have the strangest sense of humour.

We approached Lahore shortly after dawn. The rising sun cast a salmon glow over the mountains. Awestruck by their majestic beauty, I tapped Helen on the shoulder and pointed out of the window.

"Look," she said, indicating a jagged peak in the distance. "Tirich Mir." My mind was drawn back to Bisto's grandfather, levelling his Snider-Enfield at the markhor. I could hear the hollow boom of the shot echoing around the mountains, smell the acrid puff of smoke as the gun discharged, and feel the ringing in my ears. Great spurts of blood stained the snow as the beast lowered its horns and staggered towards the ill-fated hunter, crumpling at his feet.

The vision still lingered in my mind as the aircraft hit the runway with a squeal of tortured rubber and bounced before coming down again. I joined a handful of fellow passengers in applauding the second landing. Moments later, we were thrown forward in our seatbelts as the captain yanked all four engines into reverse. We had arrived.

Charles Brandon - the narrator, a well-known travel writer.
Group Captain Bamforth (alias Sir David Brockenhurst) - an intelligence officer with MI6 and Air Attache in Paris
Helen Culverson - Also a travel writer, whose relationship with Charles is complicated by her relationship with Jeanne Durand.
Kayla Culverson - her older sister, who disappeared somewhere in Bangkok and has surfaced again in Paris.
Madame Jeanne Durand - a French magazine editor and undercover agent with the French Drug Squad.
Madame Madeleine Bisset - Helen's landlady in Paris
Mr Bukhari - a Pakistani businessman (now deceased)
Ian 'Bisto' Kidman - an ex-RAF friend of Charles's.
Monsieur Bellini - a denizen of the French Underworld.
Andre (aka Scaramouche) - an actor in Montmartre and friend of Kayla's
Dr. Laurent - a veterinary surgeon in Versailles.
Father Pierre Lacroix - vicar of the Versailles Notre Dame church.
Madame Lefauvre - an old woman living in Versailles - the town gossip.
Alain Gaudin - brother of Francoise, a gardener at Monet's house in Giverney
Francoise Gaudin - Alain's intellectually disabled sister.
Estelle Gaudin [deceased] - mother of Francoise and Alain, a prostitute
Mademoiselle Suzanne Gaudin [deceased] - Alain's grandmother, to whom the mysterious letter of 1903 was addressed.
Jack and Nancy Wilkins - a Wiltshire dairy farmer and his wife.
Gaston Arnoux - Owner of an art gallery in Paris. A double agent, who has infiltrated the ISIS network in France
Colonel Neville Arnoux [deceased] - Gaston's grandfather. Author of the infamous letter of 1903.
Abdul Jaleel Zemar (The Lion) - Coordinator of an international network of ISIS cells
Pays one point and 2 member cents.