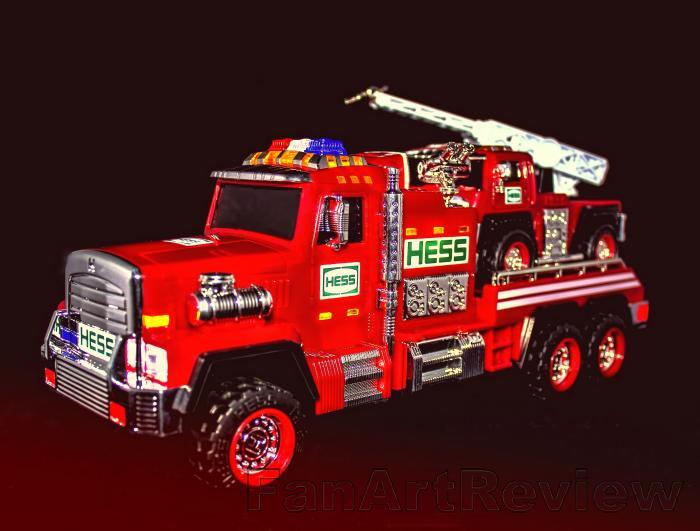 It was close to Christmas time and I was Christmas shopping with my foster mother. We were in some mall somewhere in Nassau County, and there was a long line for Santa Claus. Mom wanted to know what I wanted for Christmas. I guess in order to get me to think about it and say it out loud, I had to wait in line. I did wait for a considerable amount of time. I was told that Santa was some kind of magical being, that could grant me whatever I wanted for Christmas. To me it was like a prayer, I was offering my prayer to Santa, and I offered the same prayer to every wishing well I passed, and every birthday cake I blew out, and every time I got dragged into a church.

The Line was long, and I remember it well for some reasons. I had to pee and was holding it in. Mom tried to drag me away a few times saying we would do it later, but I wasn't budging. I had to see Santa. I was desperate. I did get to see Santa. I got on his lap and I still remember the smell of stale beer on his breath and I may have peed my pants a little, I was only three or four years old.

I remember Santa sitting on his throne he loomed larger than life. He greeted me with a loud Ho! Ho! Ho! Than they threw me on his lap. Then asked me what I wanted for Christmas.

I told him I wanted my mother back. When I look back on it now, what a rough question to ask. He definitely hesitated a bit looked over at my foster Mother and asked What about her, not my real mom I said. Again, not very smooth on my part.

I could see Santa had a concerned look on his face and that it was a pretty tall order. Then he asked me
If I wanted anything else. Well I did want a big red fire truck, so I told him that. I didn't know I could ask for multiple items. This Santa stuff was complicated.

I remember getting my big red fire truck and playing with it next to the tree that Christmas.

It was one of the few times I remember being happy. I mean truly being happy since my mother had left me. I think that truck gave me hope that there was magic in the world and that all things were truly possible.

I would be lying if I said I wasn't disappointed a little, but somehow, I believed in Santa and in God and I knew my wish could come true.

Well now we need to flash forward a few years to Christmas Eve, around nineteen seventy-five. I am with my new adopted family. I remember the car ride to my grandmother's house. My younger sister Beth Anne was around five years old and my older brother Billy was around thirteen and myself, with my new name, Timothy. I was around seven or eight.

I was looking forward to Christmas Eve at Grandma's. It was my mother's mother and my aunt and uncles, and cousins and a bunch of people I never met before. It was a magical time when I was a kid.

On the way over to Grandmas my newly adopted Mother and Father began to argue. My father was upset that my Mom sister Laurie was going to be there. He said we weren't going and that we were going home. My sister and I were upset by this what do you mean were not going we said. My mother looked at my father and said yea, what do you mean were not going?

My Dad just told us all to be quiet, but thankfully he kept driving. We all continued to my Grandmother's. I was very curious, but I was happy we were on our way and didn't think much more about it.

When we got to our grandmother's my aunt, Lori was there with her husband, Rob.

"Even as a child I loved to tell the story of my life and a set of fresh ears was always welcome. My aunt meeting me for the first time wanted to get to know me, so I spilled my guts.

I told her my little life story I recounted being left in a foster home with abusive foster parents when I was three. I told her all the gory details how hurt I was and how much I missed my mother. I told her about how and why my mother left me. She looked at me incredulously. How could I possibly remember she asked? I was only three, but when you look back a lot even at three you can remember certain things I guess. I told her my mother found a new man who didn't want kids and made her give us away.

I even told her about the promise my mother made when she left me, I was suspicious and asked if she was coming back? She said yes.
I don't know why, but I had this sick feeling she wasn't coming back. She didn't come back, or at least so I thought. That's when things got weird and they were about to get a lot weirder.

My aunt then said, see I didn't lie. This confused me a great deal. I questioned it, but I was quickly ushered away, and my life story ended there.

Later on, after we opened the gifts I was sitting on the sofa and staring at my Uncle Rob. I wasn't just staring.

You see five years earlier, the day before my mother and her new boyfriend were going to put me in a foster home, they took me out and asked me what I wanted to do. They took me to a junk yard and they paid the junk guy some money to let me ride one of those old push pedal cars.

At the age of three I knew what was going to happen. Don't ask me how. As I rode my car around I stopped in front of my mother and her new man and I stared at them. Partly because I was hoping the guilt would make them change their mind and because I wanted to remember this man-this man who was separating me from the only thing I had in the world.

I parked in front of them and stared at him hard. I just sat and burned an image of him in my mind and hoping guilt would change his mind. They told me to stop staring so I pedaled on. Well, here I was five years later sitting on the sofa looking at Uncle Rob in his chair.

Somewhere from my subconscious came the memories of a three-year-old and without even realizing it, I was staring at Rob the way that I stared at him when I was riding that pedal car five years earlier. All that built up hate just poured out of me into him, without even realizing what I was doing. Just then poor uncle Rob became very distressed.

He started rocking back and forth with this high pitched, whining coming from deep inside and he was banging his own head with his open hands and shaking visibly and crying. As long as I live I will never forget that site.

I must admit, I didn't really know what was happening. Later that night when things had settled down, my aunt and uncle talked with my parents, they argued for some time.

"I told you, I knew we shouldn't have come here. I knew this would happen," My dad said loudly.

They seemed to come to a settlement and my aunt came to me and asked me an even more peculiar question, at least I thought so at the time.

"Would you like to come live with me and Uncle Rob?"

Why would I want to do that was my answered? I was goanna need a few more details to answer that question.

Here it was the answered to all my wishes posed to me in a question. Here it was Christmas Eve and five years since I sat on Santa's lap and asked for my mother to be returned to me. I didn't even realize the correlation between my Christmas wish when I was three and the chance I had been given on Christmas itself till I began writing this.

Well I thought about just saying yes, but I wanted more to go on. I still wasn't sure. I wanted to know why first.

"I think you know." My Aunt Lorie said.

My father immediately interjected. My father who had lied to me about who I was, would now rob me of the one chance I had at reuniting with my mother.

I was immediately ushered off into to some other room. Later I tried to ask questions about what had gone down. I would not get any further information. With the ease of a young boy excited about Christmas. I quickly forgot the whole thing.

On the car ride home my mother asked, why I told my aunt about missing my mother so much?"

She told me not to do that anymore.

Well that's the story except that when I got older my mom told me that my Aunt Lori and my uncle Rob had broken up. My Mom told me I was the main reason. Wasn't sure how that could be. She wouldn't tell me why.

I wish this part of the story had a happier ending. Reading it back now it makes me sad still. So close but yet so far. I still haven't got anyone to confirm that she is really my mother.


P.S Everyone wants to know if things have changed between me and my real mother. But that's another story for another time. Just know that a little boys Christmas wish was heard and granted even if in a very small way, Fait could not be changed, but wishes can be granted anyway.

Artwork by meg119 at FanArtReview.com


© Copyright 2020. tim dodd All rights reserved.
tim dodd has granted FanStory.com, its affiliates and its syndicates non-exclusive rights to display this work.