I am a common storyteller. The most important part of my writing is the story, not the form.
I write in essay, short story and poetry.
I write what I think--feel--believe.

He is a top ranked author and is currently holding the #10 position.

He is an accomplished poet and is currently at the #37 spot on the rankings.

He is also an active reviewer and is holding the #14 spot on the top ranked reviewer list.

Pickin' taters to make some money 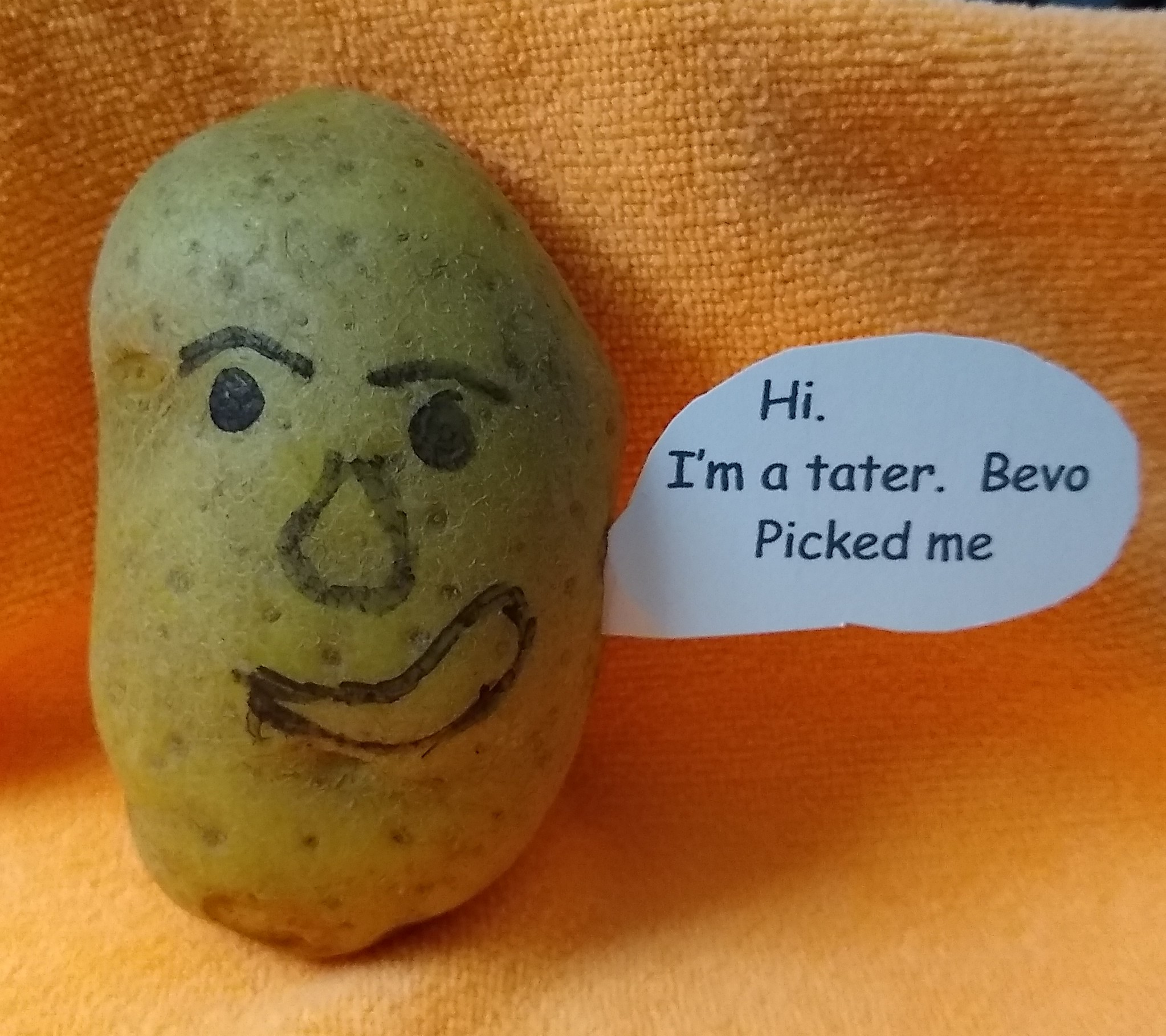 Every summer when school was out, Bevo would get a job picking potatoes for Mr. Huffman. It was a hard job but the boy could make a couple of dollars every day.

Mr. Huffman gave all the kids index cards and they would write their name on the card and drop it in the bottom of a bushel basket. When the day was over, everyone got paid ten cents for every basket of potatoes they filled.

Bevo no sooner started the day when he grabbed a rotten potato. That was a bad sign. The potato collapsed in his hand. His fingers plunged into a yucky, white, stinking mess that smelled like a skunk and looked like sour cream.

By the end of the day he had only filled ten bushels. He stopped by the corner store on the way home to buy five packs of baseball cards.

When Bevo got home his grandma said, “Boy, you smell awful. Take your clothes off in the yard and go wash them yourself.”  He had to wash his own stinky clothes in the washing machine on the back porch.

While the machine was washing his clothes, Bevo opened the cards. He got another rookie card for some guy named Mickey Mantle. He didn’t have any idea who that guy was.  He had one of those so he decided to get a clothes pin and clip it to the wheel of his bike so it would sound like a motorcycle when he rode it.


This is one of a series of stories I call The Bevo Chronicles. The stories are about growing up in the early 1960's. Most of them are 1500--2000 words. This one is trimmed to 250 words to introduce Bevo as the subject of the series of stories. Some of the stories are:
Fields On Fire
The Bookmobile
The 22nd of the 11th
The Four Seasons
Learning to Swim
The Rose Bush and the Lawn Mower
...And several more
The Mickey Mantle rookie baseball card is worth hundreds of dollars.
Club entry for the "250-word story" event in "Flash Fiction and Short Shorts".  Locate a writing club. Pays one point and 2 member cents.