She is an accomplished poet and is currently at the #94 spot on the rankings.

She was the heart of our family for nearly 11 years 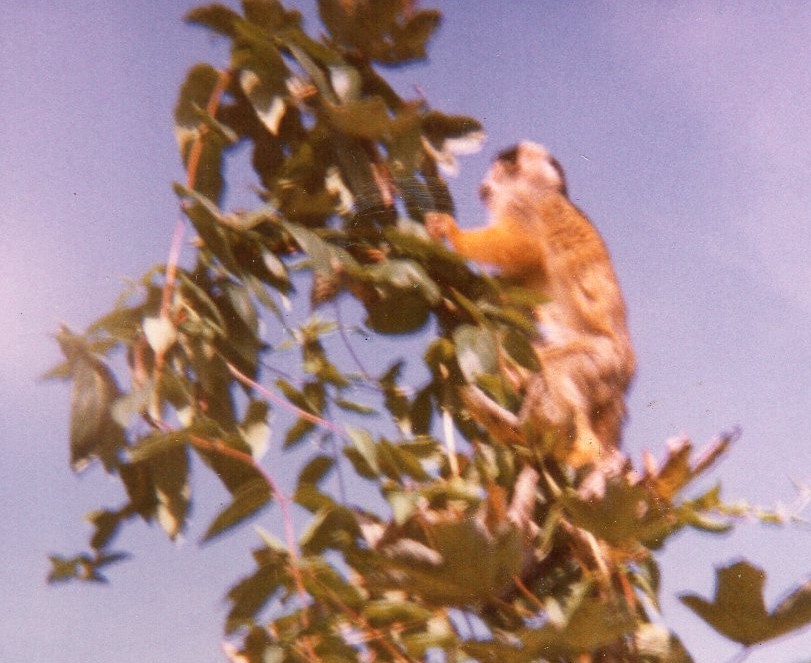 Her name was alluring as her birthplace, the Amazon Rainforest. She was most likely drugged and smuggled into my country in a suitcase. It was a miracle she survived.

On display in the front window of a pet shop, she was perched motionless on the rod of a tiny birdcage, head and tail drooped..it was clear she had given up on hope. I knew I had to convince my mamma to rescue her.

Lolita got her first revenge over humanity when she sank her razor-sharp teeth into my welcoming fingers. Naive as we were it never occurred to us that she could be wild.

It took weeks to win her trust but once she perceived our goodwill and loving attention, it was all uphill from then on.

Hunting sprees in Summer were full of thrills.

She had a voracious appetite for such a tiny sized monkey. A skilled hunter; beetles, spiders and grubs were no match for her. Winters were spent window watching for hours while daydreaming summer quests to come.

She was a real charmer .. her twinkling black-pool eyes were framed in a heart-shaped face ..her fur, mustard hued, scented like musk and she would wrap her prehensile tail tightly around my neck like a scarf.

There was never a dull moment with her; once she stole grandma's dentures to our dismay.
Another time she investigated a friend's pyramid teased hairdo which, in all honesty, did resemble a bird's nest.

She had the hots for my papa ' which she acknowledged as the family's alpha male, so he received special pampering.

Despite her mischievous nature, she looked so angelic when she was asleep.

She was a special pet who became the heart of our family, her passing left a huge emptiness.

That's Lolita in the photo hunting.


Lolita was a squirrel monkey. They live in herds of up to three hundred souls...so you can imagine how lonely and scared she must have felt taken by force from her mamma, her jungle and tossed into an unknown cement world.

This video is just to give you the idea of how squirrels monkeys look, moved and sound. Lolita was a baby when we bought her.


© Copyright 2020. tempeste All rights reserved.
tempeste has granted FanStory.com, its affiliates and its syndicates non-exclusive rights to display this work.
Don't miss this both by two of our own! A book by Tootie and Commando

Pays: 8 points. and 90 member cents
Copyright © 2000 - 2020 FanStory.com. All rights reserved. Terms under which this service is provided to you. Our privacy statement.
top
You Have No Rank
Share 4 posts to be ranked.