He is an accomplished novelist and is currently at the #14 spot on the rankings.

He is an accomplished poet and is currently at the #28 spot on the rankings.

The Seal of Quality committee has rewarded him with 2 seals. He is also an active reviewer and is holding the #75 spot on the top ranked reviewer list.

Chapter 100: Here we go round the Mulberry Bush 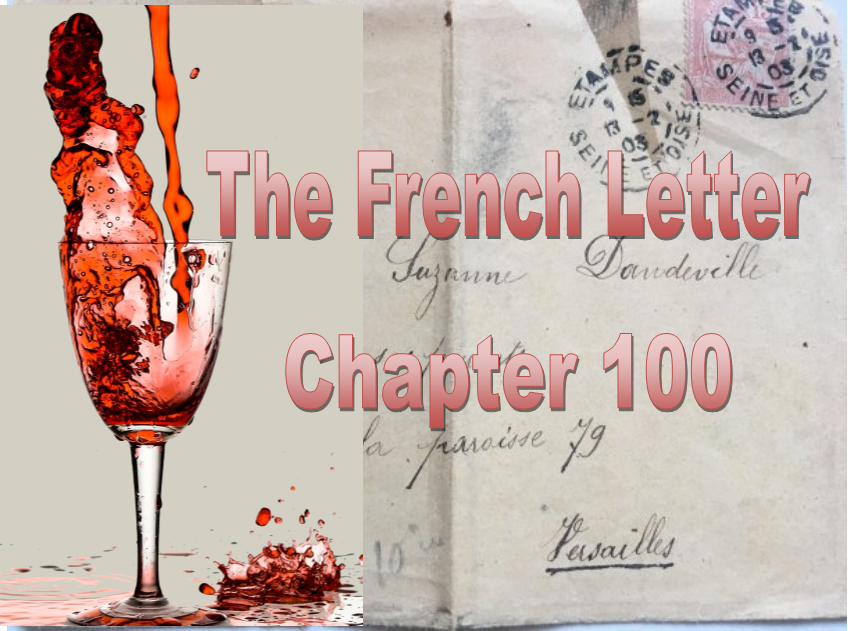 I pushed my chair back and started to get up. "Sorry. Not feeling well. 'Fraid I shall have to leave you for a moment." I staggered to one side and caught hold of the back of Bisto's chair for support.

"Here, let me help you," he said. He sprang up and offered a hand to steady me. The other diners looked on with interest as he guided me across the room.

"Silly ass," I whispered. "What's this all about?"

"Thanks," he said. "Quick thinking. Shouldn't have mentioned that in front of Kayla. I'll come up to your room later. We need to speak alone."

"It just slipped out, did it?"

Although I'd used it as a ruse to get Bisto out of a difficult situation, my sudden unwellness was more of a fact than I cared to admit. I was beginning to feel slightly nauseous and glad of the excuse to return to my room. However, lying down only made things worse, so I stepped out onto the balcony for a breath of cool night air.

The valley fell away like sequined velvet spread between broad shoulders of rock. I drank in the stillness, broken only by the chuckle and splash of tumbling water. The inner harmony of this ancient landscape resonated with my mood. I sensed its wildness and freedom, so unlike my experiences during the past few weeks.

However, my reverie was soon broken by a door opening to release a gush of chatter from the dining room below. Two figures emerged. I watched as they strolled through the gardens. When they reached the sundial, they paused, and the man swept his companion up in a moonlit embrace. The intimacy of the scene brought home the void created by Helen's absence. Not for the first time, I felt utterly alone and bereft.

Initially, I thought they were Bisto and Kayla. The moonlight was deceptive, and I couldn't distinguish faces, but their embrace gave the lie to my fancy. Dear old Bisto wouldn't have been capable of it. He hadn't a romantic bone in his body, as Jenny had lamented on many an occasion. She used to say his displays of affection were reserved exclusively for Biggles. I fell to wondering what imperative could have compelled him to desert his beloved spaniel. If I were the sole cause, I was honoured.

I was soon to find out, for later that evening came the promised knock. "I say, old chap, are you decent? Can I come in?" A florid face peered around the door.

"Decent? I should say so. No chance of being indecent without Helen around."

Bisto chortled. "I see what you mean. No, I suppose not." He drew a chair up beside my bed. "That's what I need to talk about. Afraid Helen's a bit of a fly in the ointment."

"What on earth do you mean?"

"Well, according to David Bamforth, Madame Durand's cooked up a scheme that could scupper your whole operation. Her intelligence network has identified a massive drug consignment intended for Paris."

"The French want to use her local knowledge to pinpoint The Lion's position and relay it back. They plan to take him out with a tactical airstrike, along with the consignment."

"But that's absurd. The British have a mole in his organisation gathering information about his ISIS operatives in Europe." I got out of bed and walked towards the window. "We have the potential to destroy his entire network. Are you saying they'll throw that away for the sake of one drug bust?"

"It sounds like it. Quite a feather in Madame Durand's cap if she pulls it off."

"Damn Jeanne and her cap. Anyway, be that as it may, how did you get involved in all this?"

"Simple, really. God alone knows how, but David Bamforth got wind of the sale of the painting and our intention to buy your release. He knew who to bribe and how much to offer, but, in exchange for the information, he asked a small favour. He appealed to my patriotism - Queen and Country, and all that. Same with you, I suppose?"

"Not exactly. What was the small favour?"

"To bring Kayla with me. He thinks she might be able to find Helen, so we can stop her from going ahead with her plan."

"She might. They grew up here and she'll know Helen's old haunts and her network of friends. She will need watching, though."

"Yes, David warned me. Said she was a bit of a loose cannon." He tapped the side of his nose. "Drugs, don't yer know."

"But there was something else. Another reason for us to be careful. It seems that Jeanne Durand may have loaded the cannon ..."

At that moment, we were interrupted by a clink outside the door. "Yoo-hoo! Anyone at home?"

Kayla swept in, carrying a tray with three glasses, a bottle of mulberry wine, and a small blue packet.

"Something to settle your stomach, Charles. I've brought us a nightcap."

"Oh, this isn't for you, darling. These are." She put the tray down and tossed me the Alka-Seltzer. "Ian and I plan to get sloshed, while your gut goes bubble and fizz."

Stung by the taunt, I changed my mind. "On second thoughts, I think I will join you. I'll save these for later."

"On your head be it." Kayla shook her head and smiled. She filled the glasses and passed them around. "Cheers! Here's to the defeat of The Lion and to Group Captain Bamforth's ulterior motive." She raised her glass to Bisto.

"Oh, that. Nothing really. He thought you'd be able to help us find Helen. She's still got important work to do, and time's running out."

"I know. Jeanne told me all about it. You didn't think I came here just to congratulate Charles on his release, did you?" She took a swig from her glass. "As soon as he's fit enough to travel, we should take a trip to the Kalash Valley. I could even go on ahead if you like."

"No need for that. I'll be tickety-boo by tomorrow." I held my glass up to the light, then brought it to my nose. "We should travel together. It's better that way, I think."

Kayla snorted. "So that's it. You bastards don't trust me to keep clean, do you?"

I took a measured sip. "I say, this is jolly good stuff, isn't it?"

She glared at me, stood up, and drained the rest of her glass. "I'm going to bed - alone, if that's all right with the two of you."

The door slammed behind her.

Bisto scratched the back of his head. "That went well, didn't it? Funny creatures, women. Never did understand them. Not counting Jenny, of course."

Charles Brandon - the narrator, a well-known travel writer.
Rasheed - a taxi driver in Lahore, radicalised by ISIS
Abdul - a taxi driver in Islamabad, working undercover for the British High Commission
Hassim - a tour operator
Ash - a French liaison officer attached to the British High Commission in Islamabad. Also a member of the French anti-drug squad (la Brigade des stupefiants), whose operations are directed by Jeanne Durand.
Montague (Monty) - a member of staff at the British High Commission in Islamabad.
Sir Robert - the Deputy High Commissioner at the British High Commission in Islamabad (a personal friend and confidante of Group Captain David Bamforth, the British Air Attache in Paris)
Tariq Habeeb - the Senior Superintendent of Police in Chitral
Abdul Jaleel Zemar (The Lion) - Coordinator of an international network of ISIS cells
Helen Culverson - a woman of increasing mystery
Kayla Culverson - her older sister, who disappeared somewhere in Bangkok and has surfaced again in Paris.
Group Captain Bamforth (alias Sir David Brockenhurst) - an intelligence officer with MI6 and Air Attache in Paris
Madame Jeanne Durand - a French magazine editor and undercover agent with the French Drug Squad.
Madame Madeleine Bisset - Helen's landlady in Paris
Mr Bukhari - a Pakistani businessman (now deceased)
Ian 'Bisto' Kidman - an ex-RAF friend of Charles's.
Monsieur Bellini - a denizen of the French Underworld.
Andre (aka Scaramouche) - an actor in Montmartre and friend of Kayla's
Dr Laurent - a veterinary surgeon in Versailles.
Father Pierre Lacroix - vicar of the Versailles Notre Dame church.
Madame Lefauvre - an old woman living in Versailles - the town gossip.
Alain Gaudin - brother of Francoise, a gardener at Monet's house in Giverney
Francoise Gaudin - Alain's intellectually disabled sister.
Estelle Gaudin [deceased] - mother of Francoise and Alain, a prostitute
Mademoiselle Suzanne Gaudin [deceased] - Alain's grandmother, to whom the mysterious 'French letter' of 1903 was addressed.
Jack and Nancy Wilkins - a Wiltshire dairy farmer and his wife.
Gaston Arnoux - Owner of an art gallery in Paris. A triple agent, who infiltrated the ISIS network in France and fed information to MI6, but who is now providing information to Abdul Jaleel Zemar (The Lion).
Colonel Neville Arnoux [deceased] - Gaston's grandfather. Author of the infamous letter of 1903

Photo by Piotr Makowski on Unsplash
Pays one point and 2 member cents.


© Copyright 2020. tfawcus All rights reserved.
tfawcus has granted FanStory.com, its affiliates and its syndicates non-exclusive rights to display this work.
Don't miss this both by two of our own! A book by Tootie and Commando

Advertise With Us
As Blacks and Whites Unite...
A piano lesson for America

Pays: One point. and 37 member cents
Copyright © 2000 - 2020 FanStory.com. All rights reserved. Terms under which this service is provided to you. Our privacy statement.
top
You Have No Rank
Share 4 posts to be ranked.