Curse of the Blue States by Robert Zimmerman

My muse is a Jack Russell Terrier named Ralph and he has a stubborn streak. If you don't like what I write sometimes, it's his fault.
My poetry consists of free verse, ballads and limericks.
I write short stories, fables and essays - more...

He is also an active reviewer and is holding the #14 spot on the top ranked reviewer list.

What causes states to turn blue and can we save them?

Curse of the Blue States 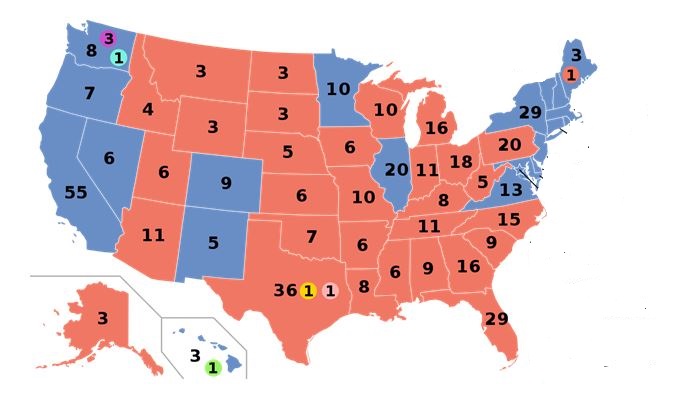 There is a disturbing phenomenon occurring in America. Some states have actually turned blue.

The phenomenon exponentially mushroomed in November, 2016. Confused people began holding their breath and howling at the top of their lungs. This resulted in oxygen deprivation. I have concluded that states have turned blue as a result of cerebral hypoxia.

The only known cure is an infusion of red, oxygenated blood flowing to the brain. Normalcy and common sense will return.

The story is exactly 75 words by count of MS Word.
Cerebral Hypoxia is a state in which oxygenated blood doesn't reach the brain.
Blue Statism is a political phenomenon that threatens the stability of some of the fifty states.

Pays: One point. and 37 member cents
Copyright © 2000 - 2020 FanStory.com. All rights reserved. Terms under which this service is provided to you. Our privacy statement.
top
You Have No Rank
Share 4 posts to be ranked.