I am a semi-retired high school math teacher (part-time only now!) who has a passion for fantasy/sci-fi as well as romance literature. I have three fantasy and/or sci-fi novels that I shall now shamelessly list for you to pick up on Amazon or Barnes& - more...

She is a top ranked author and is currently holding the #8 position.

She is an accomplished novelist and is currently at the #26 spot on the rankings.

She is an accomplished poet and is currently at the #5 spot on the rankings.

Because life can't always be compartmentalized...

The author has placed a warning on this post for language. 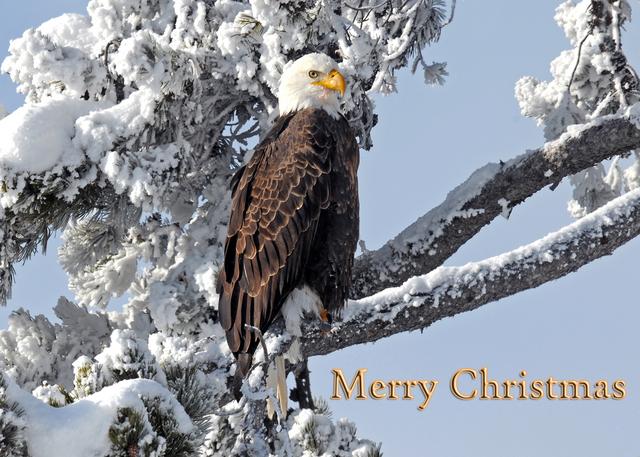 Bethany sighed as she turned off the highway onto the dirt road that led home.  As a youthful-offender district judge, her holiday season was usually difficult, but each day this week had seemed worse than the last, with no reprieve in sight. The pain and betrayal in the eyes of the troubled young lady that was her final case had crushed her normally tenacious spirit.

Slowing but not stopping, she glanced between the road and her phone searching for better music. She needed happiness on Christmas Eve and that meant cheerful music to lift her spirits before she got home to Robert and the twins.

Entering the final curve, motion caught her eye, but Bethany couldn't react fast enough. She felt the sickening thump of the large bird just as the car stopped.

Oh, God! What had she done?

Bethany leapt out and ran to the front. There, unmoving with wings still extended, a gorgeous Bald Eagle lay in the dirt.

“No, no, no!” Bethany chanted, dropping to her knees, one finger extended touching the white feathers on its head. The eyes remained shut, the body limp.

“Please get up,” she whispered. Tears began streaming down her face as she removed her coat. “Oh, Lord, don't let it be dead.”

Bethany carefully wrapped it in the coat, her tears becoming sobs as she stood. She cradled the huge bird against her, continuing to speak to it as she laid it across the back seat.

At home, Jack and Jonathan excitedly displayed their Lego creations as they ran to meet her. No matter how hard she tried, Bethany could not stop crying as she stepped out.

A chorus of ‘Mama, what’s wrong’ greeted her, but she just shook her head. The boys ran inside hollering at Robert.

Robert appeared beside her just as she pulled her precious bundle from the back seat.

Her red, swollen eyes met his as she cradled the eagle.

Robert took a deep breath, looking past Bethany to their boys looking on with worry. Easing the bundle from her, he asked, “What happened?”

They all walked toward the yard, a broken-hearted Bethany plastered to Robert’s side relating how the eagle had come to be in her coat.

“Shit!” Robert exclaimed. He dropped the bundle, pulling Bethany away from it.

The eagle’s motions freed itself from the coat. It stood, adjusting its feathers and eyeing them all before rising majestically into the evening sky.

The twins cheered, re-telling the story to each other. Robert turned to Bethany, “See, Baby, he's okay–”

Robert hugged her fiercely. “It's all okay,” he whispered as she nodded, sobbing against him.

Robert just hummed and kissed her head. They both laughed.

Image from Google Images.
Pays one point and 2 member cents.

Y. M. Roger has granted FanStory.com, its affiliates and its syndicates non-exclusive rights to display this work.
Don't miss this both by two of our own! A book by Tootie and Commando

Advertise With Us
As Blacks and Whites Unite...
A piano lesson for America

Pays: 10 points. and 45 member cents
Copyright © 2000 - 2020 FanStory.com. All rights reserved. Terms under which this service is provided to you. Our privacy statement.
top
You Have No Rank
Share 4 posts to be ranked.