She is a top ranked author and is currently holding the #2 position.

She is an accomplished novelist and is currently at the #6 spot on the rankings.

She is an accomplished poet and is currently at the #28 spot on the rankings. 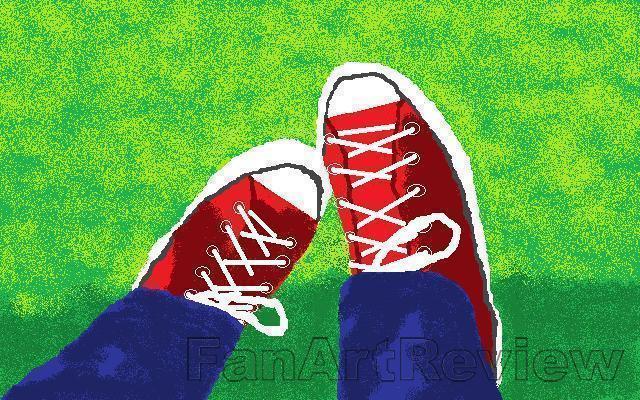 In elementary school, I always admired kids with nice shoes.

You know, polished penny loafers and Converse All Stars.

Unlike my own, everyone else's always looked so nice. Typically, my new loafers were scuffed after one day of wear. My Keds... sporting gaping holes not far into the school year.

I didn't really care about the state of my shoes, unless I was around rich or affluent people. I had one friend who qualified. Her name was Karel.

She lived at the far end of my neighborhood--the rich end. I knew she was wealthy because everyone in her family wore beautiful shoes.

Karel and I had formed a sweet friendship. I'd always been drawn to the shy and struggling, and purposefully sat next to her in the school cafeteria. It didn't take long until she invited me to her house.

I walked there as I did everywhere I went, arriving in my threadbare shoes, and my hair a tangled mess.

Unfortunately, Karel's mom answered the door. She looked me up and down with her all-critiquing eyes, finally resting on my shoes.

"Sally Dupree. I live down the street with my mom and sister," I said, smoothing my hair. "Karel invited me over."

Just then, a tall man appeared in the doorway, smiling, and holding a newspaper.

"Hello there, Sally. I'm Mr. Redding--Karel's dad. She is expecting you. As a matter of fact, we are going clothes shopping shortly. Would you like to join us?"

I thought I had died--right on the spot.

"Why don't you just call her?" questioned Mrs. Redding.

I felt my face flush ten shades of red. "We don't have a phone, Ma'am."

"Don't worry, we'll swing by your house on our way out and ask your mom. I'm very persuasive," said Mr. Redding, smiling.

My mother, of course, said yes. She hurriedly fished coins from a used coffee can. "For a Co-Cola," she said, as she pressed the quarters into my hand. She tried to brush my unruly hair with her fingers as she shooed me out the door. "Thank you kindly, Mr. Redding," she said with a wave.

As we drove to the new mall in town, I was in awe. It was just the three of us--Mr. Redding, Karel, and I. Riding in a car instead of a taxicab was such a pleasure--one I had long forgotten.

"Are these seats made from real leather?" I asked as I ran my hands over the smooth grain. For a moment, I felt like Cinderella.

The department store was lavish with bright lights and smiling sales people everywhere. Karel needed some shoes for an upcoming dance, so we decided to start with shoe shopping. It was there I first saw them: white patent leather shoes.

I'd never seen anything so beautiful. I was lost in adoration, touching them lovingly. There was nothing I wanted more than to wear those shoes home.

I slowly turned over the shoes to look at the pricetag. Exhaling in disappointment, I put them back and walked away.

Mr. Redding must've seen the look on my face as I was admiring the shoes, and called for the salesman.

"Could you fit this young lady for those white patent leather shoes?" he inquired.

I tried to remain calm as the salesman measured my foot, then walked to the back storage area.

Karel came over and plopped down next to me with her new shoes, asking for my opinion. They were pretty, but nothing compared to the ones I had picked out. I told my special needs friend the truth; she looked positively beautiful. I said nothing about her shoes. She squeezed me on the arm as she always did when I complimented her.

Finally, the moment had come. Mr. Redding knelt down and helped me with the fitting. He certainly was a shoe professional after having three daughters.

I slipped my feet into the first pair, and it was magic. I had turned into someone else. I felt older and more refined--like a lady. Then I remembered, they were twenty dollars! That was my family's weekly grocery shopping bill. I took them off and quickly put them in the shoebox.

Before I could say a word, Mr. Redding scooped them up and said, "And I'll take these white ones, as well. May my girls wear their shoes home?"

I'm not sure what the most wonderful thing is about this memory-- the shoes, or what they represented.

Every time I wore those shoes, I felt loved and confident. I entered the school talent contest in the Spring and won second place. Did those new shoes help me sing better? I believe they did.

I felt it when I saw Mr. Redding standing in the back of the auditorium with my mom, clapping and smiling.

Co-Cola is southern speak for Coca-Cola. My single mother was working for Minute Maid/Coca-Cola in Orlando during this time, from 1964-1968. She was Accounts Payable for the Comptroller's Office.

Photo called "At Rest" by VMarguarite on FanArtReview.com
Pays one point and 2 member cents.


© Copyright 2020. Sally Law All rights reserved.
Sally Law has granted FanStory.com, its affiliates and its syndicates non-exclusive rights to display this work.