Mind Your Own Onions by tfawcus

The Seal of Quality committee has rewarded him with 1 seals. He is also an active reviewer and is holding the #52 spot on the top ranked reviewer list.

Chapter 108: Dissension in the camp

Mind Your Own Onions 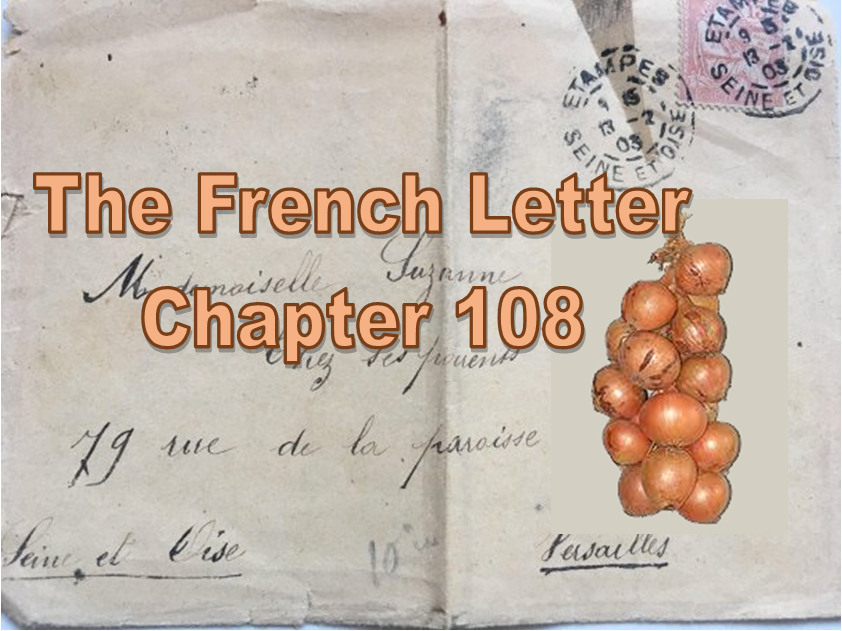 She had scarcely finished her tale when I heard the muted purr of Bisto's car coming up the road. Ash was sitting in the back, like a chauffeur-driven aristocrat.

Bisto, on the other hand, didn't behave in the least like a chauffeur. He got out and slammed the door, muttering, "Bloody man!" and strode past me down the road. He was seething.

Fifty yards further on, he came to an abrupt halt, realising he had overshot the mark. He thrust a hand into his pocket and drew out his pipe and tobacco pouch. Sitting with his back to us on a rock by the side of the road, he began the ritual of packing and lighting the blessed thing. I watched from a distance until the puffs of smoke no longer resembled the summons to a war council, then I strolled over to join him.

"What the hell was that all about?"

"The arrogant bastard! Would you believe it? He wouldn't even sit in the front of the car with me. Typical bloody Frog."

"Come off it, Ian. The failings of one man don't represent a whole nation. I've met some pretty decent Frogs in my time. What did he do to make you so angry?"

"I asked him why he was here. He looked me in the eye and said, 'Occupez-

vous des vos oignons'. Mind your own onions, indeed! The cheek of the man. Then he launched into me - you, too. Said we had no right to interfere, that this was French business, the business of the Brigade des Stupefiants. Who the hell are they, anyway? The stupid brigade?"

"Not quite! They're Madame Durand's mob, the French Drug Squad."

"Oh, really? He might have had the good manners to say so in English. It didn't seem to occur to him that I'd done him a favour driving him to the medical clinic. I had a damned good mind to drop him off and leave him to walk back. Would've served him right if I had."

"It's no big deal," I said. "Forget it. Come on, it's beginning to get chilly out here, and it looks as if you could do with another drop of Auntie Mozama's firewater." I looked around to see that Ash and Kayla had already disappeared inside.

As we mounted the steps to the veranda, I heard raised voices. There was a tense atmosphere when we entered the room. It seemed Kayla's aunt had taken exception to Ash kicking her dog and was telling him so in no uncertain terms. Kayla translated with commendable verve, so the poor man was getting a mouthful from both sides. Her two young cousins sat together in the corner trying to suppress their giggles. Bisto and I drew up chairs near the fire and sat rubbing our hands, waiting for the theatrics to subside.

Eventually, Ash stormed out onto the veranda, and Kayla followed him. Mozama gave an apologetic shrug and came over to join us, beckoning to the girls. She pointed at the half-empty wine bottle and spoke a few words to them.

They approached shyly and introduced themselves. "I'm Minaxi and this is my sister, Geeta. I learn a little English from school."

"What lovely names," I said.

Geeta started giggling again. "My sister's name, Minaxi - it means fish eyes." Minaxi glared at her and looked to Auntie Mozama for support. For a moment, there was an awkward silence, then Mozama exchanged a few words with her, beaming at us as she spoke.

"Mama says there is a tourist guesthouse close nearby. You three sahibs go there. Kayla stays here with us." There were more whispered words, then, "Mama asks, do you like her wine?"

Bisto nodded and took an appreciative swig. Mozama gave a broad grin and motioned to Geeta to top his glass up again. I hoped the guesthouse was within walking distance. Clearly it was, for I looked out of the window and saw Ash take his overnight bag and briefcase out of the car and limp off down the road. Kayla came back in.

"Has Auntie told you of the sleeping arrangements?" Without waiting for an answer, she continued, "I suggested Ash went on ahead. It seemed wise under the circumstances." Bisto grunted.

She drew up another chair beside us. "I was right about the briefcase. Now, all we need is to find out where Abdul Jamal and his men have holed up."

Mozama was instantly alert at the mention of The Lion. She and Kayla gabbled away in their own language for several moments, then she bustled into a back room, came out with a map, and spread it across the table. We clustered around.

Her finger, volubly accompanied, traced a path south-west along the valley towards the Afghan border. It stopped at a point where the river widened, about two miles beyond Karakul.

"She says there is a small network of caves there, in the place where she's pointing. Well hidden. Not many people know about it, but Chirag, the goatherd, has seen people coming and going. That is the place. She's certain of it."

Our faces were lit with a golden glow as the sun streamed through the window. Long shadows started to creep across the valley from the snow-capped mountain ridges, extinguishing the sharp outlines of terraced fields. The pall of night would soon be on us.

"We should leave," I said. "Thank your aunt for her hospitality. We'll be back in the morning, refreshed from a good night's sleep and ready for our journey to The Lion's den."

"We? I thought I was meant to go alone."

"You don't really think we'd let that happen, do you? We'll be with you every step of the way. You can depend on it." I gave her a light kiss on the hand as we left. Gallantry is not dead.

She might have wondered about that as she stood waving us goodbye from the veranda, for there was a sickening crunch of gears as Bisto goaded his trusty steed into action, and we lurched off down the road.

Charles Brandon - the narrator, a well-known travel writer.
Abdul Jaleel Zemar (The Lion) - Coordinator of an international network of ISIS cells
Helen Culverson - A Kalasha woman,
Kayla Culverson - her older sister
Auntie Mozama - their aunt
Madame Jeanne Durand - a French magazine editor and undercover agent with the French Drug Squad.
Ash - a French liaison officer attached to the British High Commission in Islamabad. Also a member of the French anti-drug squad (la Brigade des stupefiants), whose operations are directed by Jeanne Durand.
Alain Gaudin - brother of Francoise, a gardener at Monet's house in Giverney
Francoise Gaudin - Alain's intellectually disabled sister.
Rasheed - a taxi driver in Lahore, radicalised by ISIS
Abdul - a taxi driver in Islamabad, working undercover for the British High Commission
Hassim - a tour operator
Montague (Monty) - a member of staff at the British High Commission in Islamabad.
Sir Robert - the Deputy High Commissioner at the British High Commission in Islamabad (a personal friend and confidante of Group Captain David Bamforth, the British Air Attache in Paris)
Tariq Habeeb - the Senior Superintendent of Police in Chitral
Group Captain Bamforth (alias Sir David Brockenhurst) - an intelligence officer with MI6 and Air Attache in Paris
Madame Madeleine Bisset - Helen's landlady in Paris
Mr Bukhari - a Pakistani businessman (now deceased)
Ian 'Bisto' Kidman - an ex-RAF friend of Charles's.
Monsieur Bellini - a denizen of the French Underworld.
Andre (aka Scaramouche) - an actor in Montmartre and friend of Kayla's
Dr Laurent - a veterinary surgeon in Versailles.
Father Pierre Lacroix - vicar of the Versailles Notre Dame church.
Madame Lefauvre - an old woman living in Versailles - the town gossip.
Estelle Gaudin [deceased] - mother of Francoise and Alain, a prostitute
Mademoiselle Suzanne Gaudin [deceased] - Alain's grandmother, to whom the mysterious 'French letter' of 1903 was addressed.
Jack and Nancy Wilkins - a Wiltshire dairy farmer and his wife.
Gaston Arnoux - Owner of an art gallery in Paris. A triple agent, who infiltrated the ISIS network in France and fed information to MI6, but who is now providing information to Abdul Jaleel Zemar (The Lion).
Colonel Neville Arnoux [deceased] - Gaston's grandfather. Author of the infamous letter of 1903
Pays one point and 2 member cents.

Pays: 8 points. and 77 member cents
Copyright © 2000 - 2020 FanStory.com. All rights reserved. Terms under which this service is provided to you. Our privacy statement.
top
You Have No Rank
Share 4 posts to be ranked.