The King by Cindy Warren

She is an accomplished novelist and is currently at the #19 spot on the rankings.

A chapter in the book Aaron's Dragons 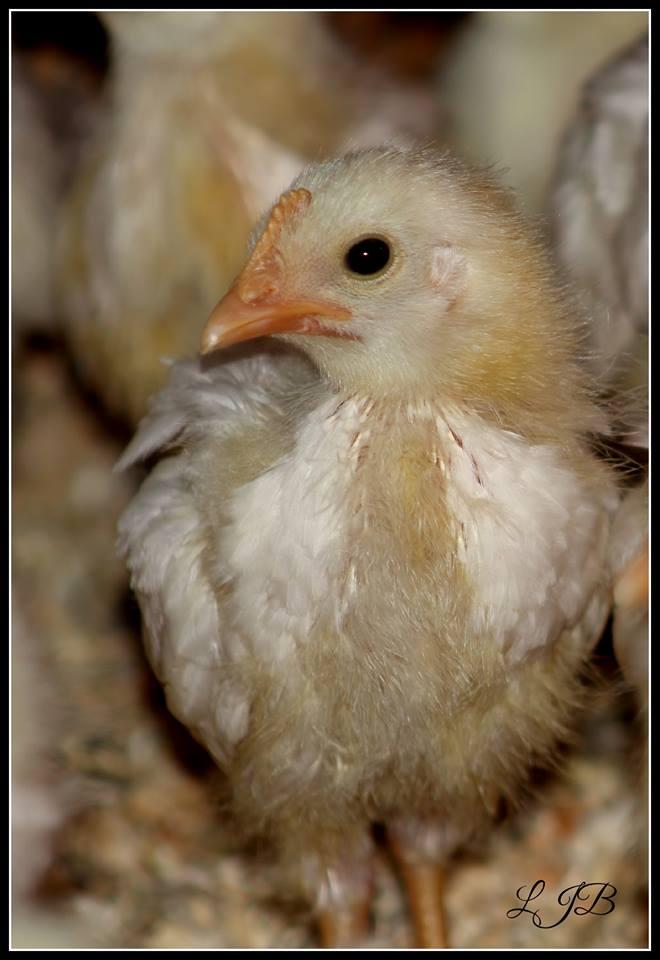 The days were passing quickly, and the weather was growing colder. The leaves began to change color and fall, much to Green's dismay. There were less bugs in the trees, and the dragons were forced to work harder for their meals.

The dragons didn't have much patience with the eggs Aaron had so carefully placed in the sink. He and Duane took turns filling jars with hot water and placing them under the straw to keep them warm. After a couple of nights vigil, all but Pink lost interest in them.

"We're going to need a way to feed the dragons," said Aaron. "We have a few vegetables left. The woman left us plenty of grain and chicken feed, but we have no more meat."

"I have an idea," said Duane. "Remember how the dragons moved all that water? Do you think they could do the same with fish? Big ones, like we see when we visit Blue?"

Aaron was impressed. "That's a good idea. If we can get a few big ones, we can send a couple to town with Dylan. A gift from the dragons would be welcome. Let's get Sky and the Dragoyles in here and see if they're up to it."

"Yes, we want big fish," said Pink. "The dragons are hungry. Dragons will catch them. Duane will fry them."

"I guess I will," Duane laughed.

Sky disappeared. A few minutes later, there was a loud thunk on the floor. A huge beast with a mouthful of sharp teeth thrashed about the cabin, trying to get itself back into the water, and looking for anything it could get those teeth into.

Duane jumped onto the counter. "Is that even a fish?"

"It is," said Aaron. He grabbed the axe and gave the monster a whack on the head. "It's a shark. We asked for a big fish. We got one."

Dylan chose that moment to walk in the door. The six-foot shark continued to thrash, in spite of the blow to its head.

"What the bloody hell?"

"I told them to get some big ones," said Aaron. He delivered a couple more sharp blows to the shark's head, and it stopped moving. "That's what they did. I told them to get a few for you, too, so I think we should get out of the way. Help me get this one outside."

With Dylan's help, they dragged it out of the cabin, just in time for several more to appear out of nowhere. The dragons had located a school of tuna, and huge, living fish dropped into the cabin. The dragons had no way of dispatching such large fish before delivering them.

"Okay, that's enough! We have no place to put any more!"

The dragons crowded into the cabin, pleased with themselves and looking for their fish dinner.

"They've grown a lot since I saw them last," said Dylan.

"They're bigger and hungrier every day," Aaron agreed.

Duane chose one fish to begin cooking, and Dylan and Aaron hauled the others outside.

"You're going to need a farmer with a cart to haul these into town," said Aaron. "Why don't you go find one while we get supper started? We'll plan on feeding a couple of extra people."

"I know just the right man," said Dylan. "I'll be back before dinner."

Dylan rode off, and Aaron helped Duane wipe the water from the floor and start filleting the huge fish. The dragons were impatient, and they decided to feed them before their guests arrived. Duane brought potatoes and whatever vegetables he could find from the root cellar. The potatoes were showing signs of sprouts. Aaron put one aside, intending to show it to the farmer.

With the floor dry and the food cooking, Aaron relaxed in the single chair. Pink flew to the sink to check the eggs.

Aaron's relaxation was short lived. Sure enough, one egg had a small hole in it, and tiny peeps could be heard from inside.

"What is it saying?" Pink asked.

"Pink, I told you, they're chickens. They're not very smart. They don't talk. I don't know much about them, but I think they want to start eating about as soon as they hatch. That's the only thing they have in common with dragons."

Pink stared at Aaron, not wanting to believe him. The egg remained as it was, with the little hole. It was still unchanged when Dylan returned with his guests.

"Aaron, I think you've met Harvey. This is his daughter, Marjorie. I promised them a good dinner before they haul your catch into town."

"Pleased to meet you, miss. Here, take my chair. Good seeing you again, Harvey. Duane will have your plates filled in a second."

Instead of taking the proffered chair, Marjorie walked around looking at the dragons. She and her father had not been in town the day of their visit, and she had not seen them. For their part, the dragons stared at the young woman like she was from another planet, until Mountain approached her, flicking his tongue at her hand. Yellow soon followed suit.

"Can I touch them?" she asked.

"Sure. Those two love attention. When they've had enough, they'll let you know," said Aaron

She scratched chins and heads, and then noticed the eggs in the sink. A tiny beak stuck out the hole, and began peeping.

Pink looked perplexed, and Marjorie laughed. "He'll be out soon," she said. "Where on Earth did you get chickens?"

"The question is what are we going to do with them. You don't happen to have a chicken coop, do you? I really don't want them running around in here."

"We do have a coop. I wouldn't put them in there just yet, though.
Put them in a box next to the stove for a couple of weeks. I'll come and get them if that's what you want."

Duane had heaped the plates with fish and vegetables. He passed them around, and Aaron tried not to watch Marjorie, who was trying to eat politely despite being very hungry. He liked looking at her. Though she was no great beauty, she had soft brown hair and hazel eyes, and her skin was clear with the exception of a few freckles sprinkled just below her eyes.

Pink, finished with her meal, was watching the little beak, still sticking out of its egg, still peeping. Suddenly, the egg broke open and its occupant tumbled out. The dragons gathered round, watching the tiny body get to its feet, wet yellow feathers sticking to its body. Pink grabbed a piece of fish to offer it.

"No!" Marjorie jumped up and quickly removed the fish. "They can't eat that."

Pink glared at her. "Chicken must eat."

"Yes, but not that," said Marjorie.

Pink looked at her, then at Aaron.

"I'm pretty sure she's right. Chickens eat grain, not fish. Marjorie, Duane, eat your dinner and then go to the root cellar and see what you can find. I'm sure there are some bags of grain."

Harvey, who had been busy eating his dinner, decided it was time to speak up. "Them little ones don't survive if they get sick. Don't be feedin' them fish. No meat either. If there's somethin' for them in that there cellar, Marjorie will know. Just give 'em chicken feed and a little water what ain't too cold."

Black was looking at the newly hatched chick and flicking his tongue.

"He wants to know why he shouldn't eat it," said White.

Pink hissed at him. "The woman said no!" She was suddenly protective of the little bird.

"I've explained that already," said Aaron. "These must live so they can lay eggs and there will be more chickens. If we eat them, they will be gone. Other than that, they're just chickens. There's nothing special about them."

They finished their dinner, and the men loaded the fish onto the wagon. Marjorie and Duane went to the cellar and found a bag of ground grain. The witch must have guessed they'd hatch the eggs and left it for the chickens.

"This is perfect," said Marjorie. The two dragged the heavy bag back to the cabin. They found a second egg had hatched, and several more had developed cracks. The first chick had dried and become a fluffy yellow. Since they had no box, they created one out of firewood near the stove.

Pink watched them pick at the grain. She tasted some and dropped it quickly.

"Aaron is right. They are not like dragons," she said sadly.

"They shouldn't be. Only dragons can be dragons," said Duane.

Pink looked at Black, and back to the chicks. Despite her disappointment, she still felt protective.

As soon as Marjorie had left with her father to take the fish into town, Dylan came back in.

"Aren't you going with them?" Aaron asked.

"I'll catch up. I had something important I wanted to talk to you about when I walked in and found that shark flopping about on your floor. I never know what I'll find when I visit you. The talk had to wait. You know that we have no king."

"He had no son. His daughter is like a spoiled child, totally unfit to rule.There's nobody to replace him. The people are talking. They want you."

"How does it work now, Aaron?" asked Dylan. "The way it has always been no longer works. Would you have someone marry the princess for the crown? That would put her life in danger, and I am responsible for her safety."

"Are you suggesting I marry her?"

"No. You'd have to take care of her somehow, and I think that's what she wants. She's like a child. She's not ready to marry."

Aaron leaned back in his chair. Dragons perched on counters, and chickens peeped by the stove.

"I disagree. Look what you did today. You could have sold those fish for a good price, or traded them for almost anything you wanted. People are hungry, and you could have asked just about anything for them."

"No, you didn't. You knew the people were hungry, and you thought of their needs. That's exactly what a king should do. Now, I must catch up with that cartload of fish before the bandits do. I will be back tomorrow. Go and visit Blue, and talk things over with your dragons. You know more than you think you do."


© Copyright 2020. Cindy Warren All rights reserved.
Cindy Warren has granted FanStory.com, its affiliates and its syndicates non-exclusive rights to display this work.
Advertise With Us
In God We Trust
Live Love Be Patient Have Perseverance

Pays: 10 points. and 1.17 member dollars
Copyright © 2000 - 2020 FanStory.com. All rights reserved. Terms under which this service is provided to you. Our privacy statement.
top
You Have No Rank
Share 4 posts to be ranked.