Please check out the web-site for my recent book. In the preface, I give credit to my time on Fanstory. You can also see what this old, short, bald guy looks like!

He is a top ranked author and is currently holding the #92 position. 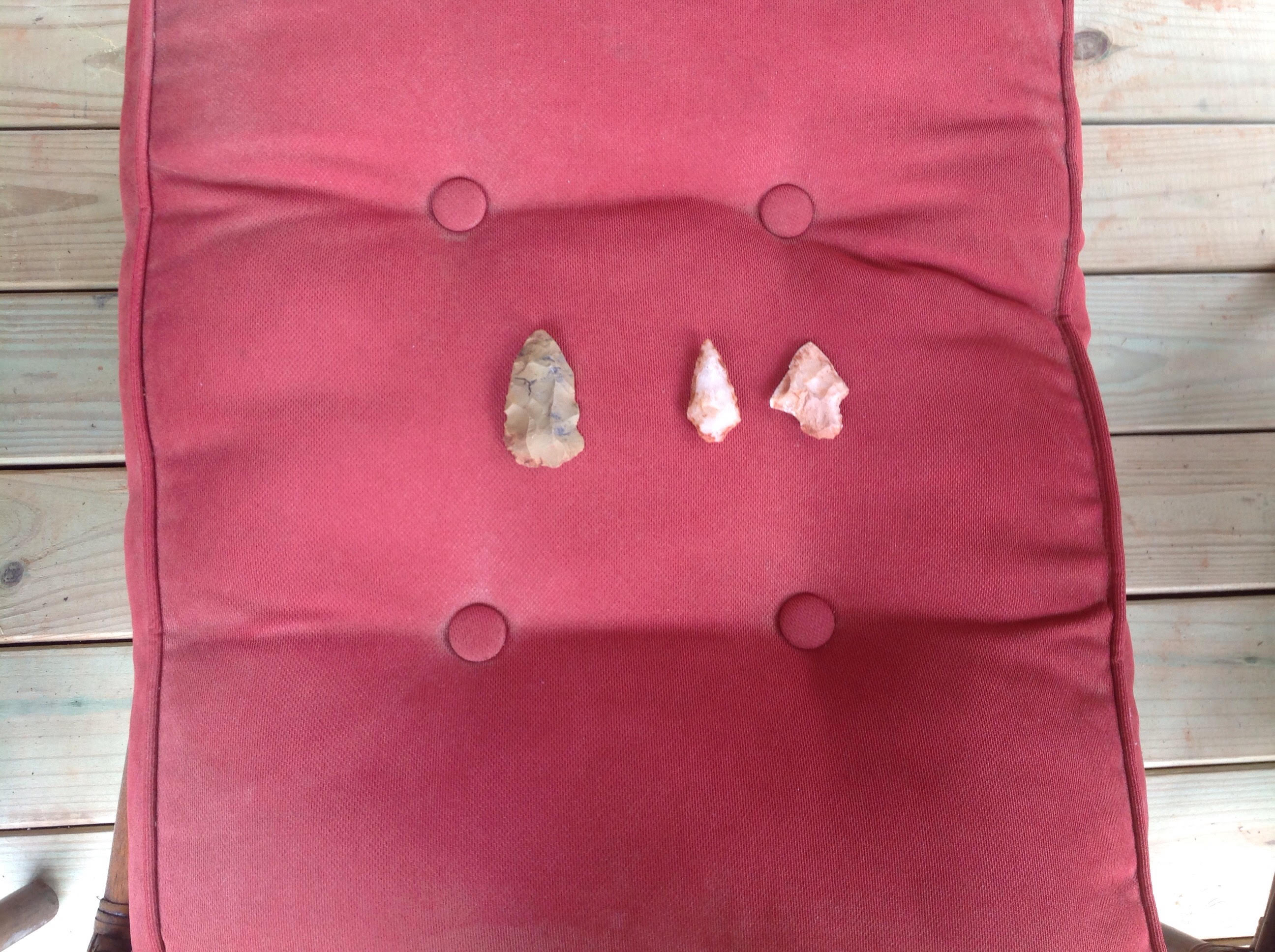 Three years ago, I was gifted land that had been in my family for close to one hundred years. Not a small patch or lot, rather eighty acres. It is located in a beautiful area of Georgia, near Pine Mountain. Of course, I was glad to get it. The question became what in the world to do with it. An obvious solution would be to sell it. To me, that would be totally tacky. How can you sell something that has been in the family for so long and was given to you?

Another obvious solution would be to sell the home I'm currently in, move to Georgia and build on my property. A slight dilemma to that. I live in one of the nicest small towns in the Southeast, Fairhope, Alabama. It is frequently mentioned in national publications. Most recently, 'Southern Living' named it the third best small town in the South. We love our location, our church, and probably the largest group of friends we've ever had. If you like the arts, this is the place to live. For writers, it is a mecca. A quote from Rick Bragg, said it all, "You can't swing a dead mackerel on the streets of Fairhope without hitting a writer."

My wife and I had frequent conversations on what to do. We both agreed that selling, an obvious solution, was out of the question. To build a small cabin or home made some sense. We do have friends and family in the area. A slight problem is that the two locations are approximately five hours apart. Not bad, but a little far for just a weekend. I mention the time as approximate, since it can be affected by the number of times you stop to go to the bathroom. As we are both seventyish, time varies.

In late Spring of 2019, we took the plunge and started construction on a small house. We picked a builder that we've known for over forty years. His forte is large homes, think of those priced between $600,000 to $1,000,000. Don't know where you live, but for small-town Georgia, that's a lot of house. He agreed to build our very modest two-bedroom, two-bath home. His only caveat was that it couldn't be a priority for him, rather a fill-in when his typical activities slowed down. Just something to keep his crews working. We agreed.

Even though we're paying mortgage on our current home, the price we were quoted seemed doable. I suppose in our excitement we didn't think through the decision. The property is pretty much off-grid. It all is backed by a beautiful, free flowing creek called Flat Shoals. There's a small road frontage, but the location where we wanted to site the new house is nine hundred feet from road access. So, a road would have to be built. Not adjacent to any development also meant no city utilities. Okay, a septic tank, a well and power would be needed. Electricity would have to be run under-ground. Cha-Ching!

As normally the case, the first eighty percent of construction went by quickly. The last twenty took forever. While all things hadn't been completed, we spent our first night there on February 8, 2020. It was cold and there was a small problem with the heating system--it wouldn't work. Just part of our adventure. We decided on a wood-burning fireplace, figuring I had a couple of good years left of gathering and cutting firewood. The fireplace was small but quite efficient. We actually had to open a window. A small, electric space heater kept us cozy the rest of the night. It also meant we had to snuggle a bit closer than normal...not a bad thing. No television, internet and poor phone coverage. Once again...not a bad thing.

The next morning, we went for a walk. The eighty acres is long. Like I mentioned earlier, it backs up to a creek, but is never very deep. The first place we walked to was the creek. It's only about one hundred feet from our house, but straight down-hill. We stopped at a spot that as a kid, we called the 'sand-bar'. Not to say this was the only sand-bar on the whole creek, but this was our swimming hole of choice. Located on a bend, it created a natural deep spot, perfect for swimming. We stopped and sat on a large rock that jutted out into the creek. My wife asked, "Do you remember coming here as a boy?"

I paused as I thought for an answer. Thinking back to a time long ago, I finally said, "Yes, I do. When I visited my grandmother in the summers, we came here every day. That big oak across the creek used to have a rope swing. We'd grab it, back up as far as we could, run for all we were worth, swing across the creek and at the apex, let go. The water there is about eight-feet deep. You can look up the creek and see trees on both sides. Being mostly shady, the water was always cool, even in the middle of the summer."

We just sat there for a few minutes listening to the many sounds. I asked her, "Do you hear that bird? It's a hawk. From the sound, probably a big one." Backing up my words, a large red-tailed hawk came flying right down the creek toward us.

My wife said, "He really is big and he's beautiful. What else do you remember about here?"

"Easy. This rock we are sitting on was the best place to catch a catfish. See how the water flows down-stream, but circles back in an eddy to right below us. It's pretty deep. Catfish hang-out next to the rock and wait for food to come their way. We'll come fishing here tomorrow. No guarantees, but I'd almost bet we catch something. Oh yeah, I saw my first naked lady sunning herself on this very rock."

We continued our walk. In about two hundred yards, we found ourselves in a hard-wood forest. The trees were old and tall. Free of leaves, their bare limbs lifted upward, like sentinels lifting their hands to the sky. The sunlight speckled through, creating an almost kaleidoscope effect on the forest floor. We stopped at a cleft in the ground that wound downward toward the creek.

Spotting some rocks scattered on the bottom of the cleft, my wife asked, "Why are all those rocks there? Looks like someone placed them."

"Someone did. When I was nine-years-old, my father and I put them there." Climbing down into the bottom, I scooped up some damp leaves and dirt from one end. "There used to be a spring here. We put rocks down to make it cleaner. You could actually stop and get a drink of water. Looks like it's silted up. I'm pretty sure we could clean and dig it out some. The spring is still there."

Climbing out, we continued our walk. Our next stop was at a grove of large evergreen shrubs. Some were fifteen feet high, with limbs that were gnarly and misshapen. My wife said, "These are beautiful. What are they?"

"If you think they are beautiful now, wait until May and early June These are mountain laurels. They will be covered with mostly pink and some white flowers. I hadn't thought about these in years. My mom liked for us to paddle up the creek from the sand-bar, pull in right below here and picnic near the spring and mountain laurels. The sky would be buzzing with bees. There was a bee's nest in a hollow tree above here. My grandfather wouldn't let us rob the honey. For some reason, honey gathered near mountain laurel can make people sick." I pointed to some bare shrubs nearby. These were slight stemmed plants with numerous limbs. "These plants will flower in March. They are native azaleas. We've planted these in our yard before. They are gorgeous."

We hiked a bit farther and came to land that was cleared. Looking up, we saw huge high-tension power lines. You could hear electricity buzzing. Crows and vultures perched on the large metal supports. I explained to my wife, "Grandpa fought hard for these to not be constructed on his property. The Government paid him for the land. He didn't want to sell it, but they explained he had no choice. It's called eminent domain. They basically told him they didn't care if he took the money or not...they were going to build the line."

Puzzled, my wife said, "I guess that makes the land worthless to us."

"Well, we could use the land underneath, plant stuff if we wanted or whatever. You just have to keep clear enough access in case crews need to come in and work. It's also good for something else. If you hang out under them long enough, your teeth will be whiter and you'll glow in the dark."

Smiling, I replied, "No. I do remember this area before they were built. My grandmother said that Indians used to have a large village here. We would come over and find arrowheads and stuff."

"Where would you find them?"

"Usually, we would come over after a rain. When the rain would strip off some of the soil from the gullies, you could find some artifacts. Let's take a look."

In about forty-five minutes, I found two points and a hand-knife or scraper. Probably, I was more excited about my finds than when I was a little boy. My wife found this strange. She said, "They're just rocks, you know."

I smiled. They were more than rocks. When we found artifacts, my grandmother would sit me down with a large book she had on Indians in Georgia. She had a journal where we would categorize everything we found. Most were from the Archaic period. That means at least three thousand years ago. In other words, the points and scraper were made by a man who walked this very land before the time of Christ. My excitement lasted all day.

Later that night, I sat by the fire place, drinking a glass of wine. My wife was in another room sewing on window treatments. A great time for personal thought. My thought was on our land and how personally centering it was for me. Memories from times past and new memories being created. The thoughts of the artifacts stayed with me. This land has been here forever. I've been blessed with the opportunity to enjoy it. I wouldn't say own it, because do you ever truly own land? The land belongs to God. Like the Indian from long ago, like my grandparents and father, I'm just a lucky sojourner.

Just some reflections that are very close to me. Hopefully they'll resonate with you as well.
Pays one point and 2 member cents.


© Copyright 2020. bhogg All rights reserved.
bhogg has granted FanStory.com, its affiliates and its syndicates non-exclusive rights to display this work.
Advertise With Us
Poem
Goodbye Pal

Pays: 8 points. and 32 member cents
Copyright © 2000 - 2020 FanStory.com. All rights reserved. Terms under which this service is provided to you. Our privacy statement.
top
You Have No Rank
Share 4 posts to be ranked.