You are enjoying another piece of writing penned by the NUMBER 5 RANKED SCRIPT WRITER OF THE YEAR FOR 2019!!!

My reviews are mere suggestions. Feel free to use anything that provides assistance and/or chuck the whole shebang.

He is a top ranked author and is currently holding the #92 position.

He is an accomplished novelist and is currently at the #39 spot on the rankings.

A Give Me Twenty Contest Entry 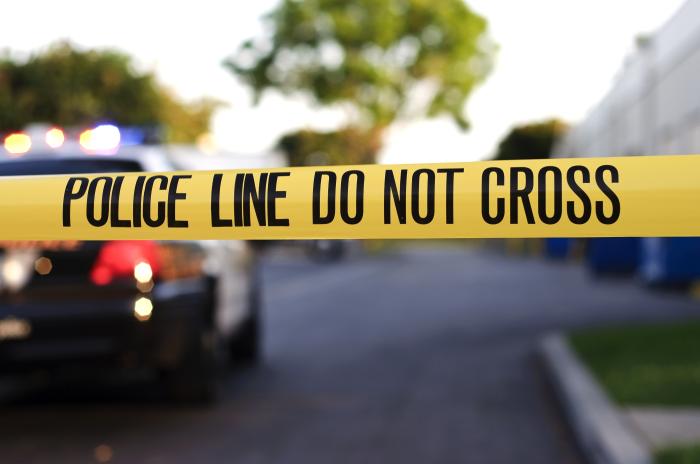 "Give me twenty," John Dutton said to himself. He thought back over the course of his illustrious career. That number reflected similar pickles the seasoned detective had encountered before in the line of duty. He studied his new partner and awaited the rookie's report.

Wrought with stress, Mark Ballister's countenance bordered on a full-fledged panic attack. He sought safety behind an overturned desk in the far corner of the room. Ballister drew a deep breath. He steadied his shaking hand, withdrew his Glock, and forced himself to take up a defensive position. Before he passed on the information Dutton wanted, the flaxen thought about his fiance, Natalia.

Anxious, Ballister mentioned, "Our wedding's in a couple days." He wondered if he'd live to see the glamorous event unfold. Unsure of what the future held, the twenty-something blurted out, "Fifteen body bags not counting whatever number the blue suits on the third floor called in." Nausea overcame him.

Dutton lived for this kind of excitement. He flashed a parental grin, coughed twice, and cursed, "Damn this phlegm!"

Ballister wiped his mouth with his sleeve and stated, "That sounded horrible.
You seen a doctor? There's a lot of virus crap making the rounds these days."

Frustrated, Dutton replied, "Yes, and the quack-a-doodle-doo wrote me off!" He eased up as if he hid something from the kid, then told the greenhorn, "We've established one fact for sure. Mortimer possessed visions of grandeur, and an excessive need to be admired."

A distorted expression creased Dutton's face. "Mortimer's held a hell of a grudge to shoot up the Marion County City Building. He knew this place crawled with law enforcement officers. What other explanation could there be?"

"Maybe Mortimer's a plain ding-dong. You know, a certified flake. It's only been two weeks since he got sacked from his job as a day porter," Ballister chimed in.

Dutton relocated to the room's door and informed his partner, "Mortimer's personnel file listed him as a meth addict with PTSD. He's a real junkie, alright, with a lack of empathy and disdain for others. Mortimer also fancied himself to be superior."

"To what? A pile of goat turds?" Ballister questioned. "What I don't get is his need for abusive control and his massive fragile ego."

Dutton shrugged his shoulders. "Fits his pathetic M.O. to a capitalized T. He's fixated on a fantasy of power and a sense of entitled predomination."

"That comes from his Army days, and his knowledge of high-magnification optics," Dutton commented.

"So, the question is, when do we make our move?" Ballister asked.

"On my word go," Dutton affirmed. "Follow my lead, Mark, and I'll get you through this safe to the other side."

Dutton's words calmed his partner. The radio on his hip crackled. The Jefe delivered the news, "Three casualties on the third floor. That brings our body count to eighteen. All units take whatever measures needed to bring this a-hole douchebag down."

In a race for their lives, scared pedestrians shoved their ways out the front doors of the complex. Overhead shots rang out from a fifth-floor window. The windshields of several parked vehicles shattered before the volley ceased.

The circle of death around them, Dutton commented, "The best snipers always did." He cocked his firearm with confidence and vowed, "We'll nail Mortimer's filthy carcass to the wall regardless of what crooked hidey-hole the viper's slithered into."

A madman on the roof of the compound, Mortimer's body stilled. He felt the faintest pulse course his arm. The sensation matched the beat of his glacial heart. A loud noise cracked, and the front of the rifle barrel smoked. Mortimer knew he far exceeded the prohibited point of no return but didn't give a particular rat's ass. Irreversible, there was no way to stop him now.

"Hit the stairs!" Dutton called out as he and Ballister departed the office they had been pinned into by the assailant.

"Right behind you," Ballister responded.

Dutton noticed the massive foyer with its ancient grey walls. He'd been there at least ten gazillion times before. Heavy footsteps echoed down the hallway as he burned shoe leather past the three elevators off to his left.

"Those muffled rifle reports that just rang out came from the cupola. He's got nowhere to go," Dutton informed his partner.

Sprinting to match strides with Dutton, Ballister remarked, "He used to shoot BB guns when he was a kid."

"Why would he do that?" Ballister inquired.

"Suicidal? Death by cop? Who the hell knows," Dutton rattled off.

He looked downstairs and noticed a long parade of detectives had joined the chase. Dutton heard the Jefe shout instructions, "No rogue officers. We're going to try to take him alive. Stop on the next landing, Dutton, and hold your fire!"

Dutton's eyes trained on the Jefe. He muttered to himself, "You need that feather in your cap so you and Mayor Hornsby can rub elbows at next month's gala, while you kick us peons to the curb, you butt-sniffing Brown Noser."

The silence maddening, the rifle shots stopped. Sweat poured down the Jefe's face and streamed off his elongated neck. Dutton turned to Ballister and asked, "You hanging in there, Mark? You've never been involved in a sniper situation before."

"We can't take him out from here. Gotta knock this door down," Dutton said.

"What do you think you're gonna do, battering ram?" Dutton asked.

"Not like that you're not. You've been watching too much Hollywood. Step back and let me show you how it's done," Dutton responded. He introduced the heel of his shoe to the side of the door below the lock. The energetic blow splintered the wood. "Take note, Mark. You can only do this on a door that opens inward."

Lieutenant Theodore Lawrence, of the Special Weapons and Tactics Unit, joined them on the landing and stated, "Mortimer made no demands. He just randomly shot his victims like they're target practice."

"Holy smoke! It'd be a hell of a time for a lemon party, wouldn't you say?" Dutton asked the stoic officer.

An unexpected rifle shot barked from the cupola and found its human target. Stopped at the red light at the intersection of Magnolia and Roosevelt, an olive-skinned transit driver slumped over the steering wheel of a city bus. A mournful horn blared.

Leading the charge, Dutton commanded, "Let's get it done!"

An array of patrolmen and plain-clothed detectives crouched in shooting stances.

"Maybe we can get at him from the cupola?" Ballister suggested.

Six rapid-fired shots exploded from that location. Dutton pondered the significance of the number. Strained nerves burned on edge. The risks high, there were too many fellow officers to protect.

Pressed against the wall, Dutton moved to within twenty feet of the cupola and scanned the roof for Ballister. He was out of sight but not out of mind. The youth stood right behind him.

"This is freaky," Ballister commented in glee.

Dangerous fury festered inside Dutton. He quipped, "Yea, and I haven't had my morning doughnut, so watch the hell out."

They sucked in huge gulps of air and galloped across the roof. Dutton yearned to place a dozen rounds in the liquidator's face. All kill shots. Each well deserved.

Mortimer, a bearded man with turquoise ear studs, could have murdered Dutton right then, but held his fire. No doubt, the detective was the cause of all the bad that transpired in his life. Mortimer needed to lay the blame somewhere. He despised everything about Dutton and what he stood for. Mortimer fixed his heated stare on his irresistible quarry, then to the lawman's sidekick, and returned back to Dutton. His shallow eyes betrayed his insanity.

Calmness in his voice, Dutton ordered, "Call it a day, slimeball. The massacre's over."

"I say how the lights get turned out!" Mortimer scowled. His Browning raised, he aimed the shiny barrel at Dutton's face.

No other alternatives existed. Dutton squeezed the trigger of his Glock. The pealed thunderbolt pierced Mortimer's shoulder and spun him around. With his mouth sagged open, Mortimer pivoted as Dutton fired a second round. The bullet crashed through his throat. Mortimer flew backwards into the paper-thin wall of the cupola.

Dutton knew he'd killed the perp. He shouldered his Glock and turned to walk away. He winked at Ballister and said, "All in a day's work, kiddo. Now, give me twenty."


Jefe - Spanish word meaning one in a position of authority. In this case, the Chief of the detectives


Police Line, by Contests, selected to complement my story.

So, thanks Contests, for the use of your picture. It goes so nicely with my story.
Pays one point and 2 member cents.

Artwork by Contests at FanArtReview.com


© Copyright 2020. Brett Matthew West All rights reserved.
Brett Matthew West has granted FanStory.com, its affiliates and its syndicates non-exclusive rights to display this work.
Advertise With Us
Turn Failure Inside Out
Do not be afraid of failure, it's part of your success.

Pays: 8 points. and 90 member cents
Copyright © 2000 - 2020 FanStory.com. All rights reserved. Terms under which this service is provided to you. Our privacy statement.
top
You Have No Rank
Share 4 posts to be ranked.